The upcoming ZEE5 Original and ALTBalaji Original is a sweet story of love and separation, set in the 1960s in the 'City of Joy - Calcutta.' 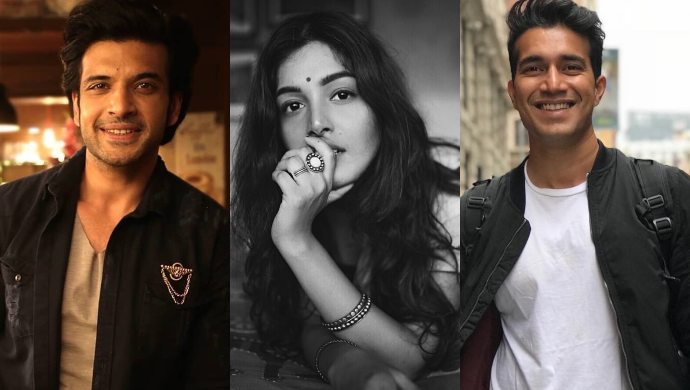 It Happened in Calcutta is an upcoming ZEE5 Original and ALTBalaji Original web series starring Karan Kundrra, Naghma Rizwan and Harman Singha in the lead. Set in the 1960s, the story originates from the ‘City of Joy – Calcutta’ and revolves around a young girl named Kusum (played by Naghma Rizwan). Kusum aspires to become an esteemed doctor in the Indian Army. She attends Calcutta Medical College to pursue her ambitions where she meets the flamboyant, cocky, arrogant and devastatingly handsome Ronobir (played by Karan Kundrra). What follows is an interesting series of events and surprising twists in a sweet saga of love and separation.

Naghma, a famous model, is set to make her digital debut with It Happened in Calcutta. “The whole 1960s and 70s vibe, Calcutta and of course getting to play this strong and beautiful character Kusum, seems really magical and I feel really connected to it all. I am sure Ekta Kapoor must have seen something in me beyond my exterior beauty and also my potential as an actor and for that, I’m truly grateful to her. If someone sees that spark in you, you got to keep the fire burning. My mother always said I’m a blessed child and now I truly feel it,” she told a leading news portal about her maiden web venture.

Sharing about her character, Naghma further told the portal, “Getting into the skin of the character is going to be exciting. She is like a vast sea to me, chaotic yet calm, strong yet vulnerable. The deeper you dive into her story, the more she is going to surprise you with all the beauty she beholds, just like the sea. To play a character who goes through all kinds of feelings with that intensity is a challenge for me,” she tells.

Karan, who is a well-known face on Indian television, films and web, shared with the portal, “It’s a role which will indeed bring the best out of me as months of hard work has gone in prepping up for my character.”

Stay tuned for more updates for It Happened in Calcutta premieres on ZEE5 and ALTBalaji soon!

Watch Karan Kundrra in an episode of The Greedy Closet here: