In tonight's episode, Poojan is about to surrender when Badal comes there and assures him to find Suman. 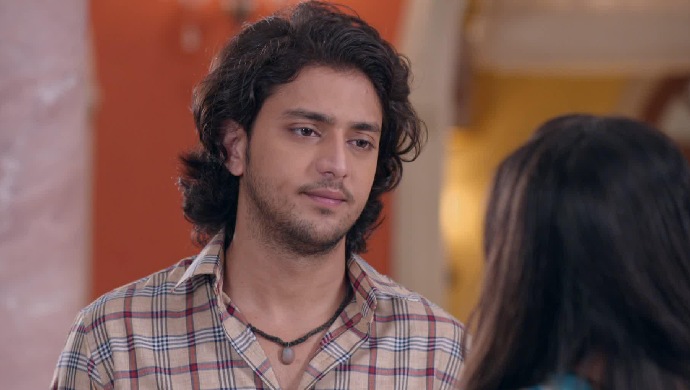 In the previous episode of Jaat Na Poocho Prem Ki, Poojan sends Lakhan to execute Ramashish and seize the evidence from him. Ashok and Kamal help Suman to locate the videographer who has the evidence. Suman’s college friends visit her and they join her in getting the evidence. She comes home and tells everyone that she got the CD. She is about to play it when Chhoti Chachi quickly replaces the CD.

In tonight’s episode, Poojan gets a call from Shukla and learns about Suman being kidnapped. Poojan gets angry and orders his men to find out Suman at any cost. Suman’s friends decide to contact Badal and inform him about Suman getting kidnapped. At home, Poojan prays to goddess Durga to keep his daughter safe and bring her back as soon as possible.

Later that day, Poojan calls the police officer to start searching for Suman. When he opens the newspaper, he gets a photo of Suman being tied to the chair and unconscious. He also gets a note which says that he has to surrender the proof to the police by evening or else Suman will get killed. Suman’s uncle gets to know about the kidnapper’s location through one of his sources. When he reaches there, he finds out that they have moved out.

Meanwhile, the person who kidnapped Suman is the same guy whose son and daughter-in-law were killed by Poojan. He tells Suman that her father is a cruel person who doesn’t value other’s life. In the evening, Poojan agrees to surrender to the police but just then, Badal arrives and assures Poojan that he will bring back Suman.