In tonight's episode, Poojan gets happy to see his daughter back and appreciates Badal's courage. 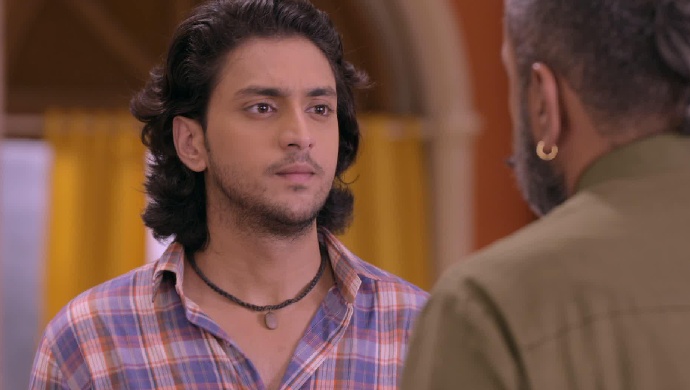 In the previous episode of Jaat Na Poocho Prem Ki, Poojan learns about Suman getting kidnapped by Shukla. He tells his men to find her at any cost. Suman’s friends inform Badal about this and ask him to come back as soon as possible. Later, Suman’s mother requests Poojan to surrender himself to save their daughter. Poojan agrees to do so and asks the policemen to arrest him. Just then, Badal arrives and assures Poojan to find out Suman.

In tonight’s episode, Badal shows the call records to Poojan and tells him the exact location of Suman. Poojan immediately calls Lakhan and tells him to go to that location. Just then Badal tells Poojan that by the time his men will reach the location it will be too late. He tells him that he will go along with his friends and bring Suman back.

Badal reaches the location and finds out the warehouse where Suman is kept. He asks his friends to distract the guards so that he can get inside. When Badal enters the warehouse, he sees Suman being tied to a chair and Shukla and his men carrying guns. He smartly distracts them by throwing a stone to the opposite direction and hits Shukla and takes his revolver.

He keeps Shukla on the gunpoint and asks his men to drop their guns. Badal’s friends come there and quickly pick up the guns and help them to get away from the warehouse. After Badal, Suman and his other friends leave from there, Lakhan reaches the warehouse and kills Shukla and his men. Suman returns home and meets her parents. Poojan gets happy to see his daughter back and appreciates Badal’s courage.

These PICS Of Happu Ki Ultan Paltan Cast Having Fun On The Sets Will Make You Smile!