In tonight's episode, Shashi's niece Anjali joins the NGO and tries to introduce herself to Badal. Seeing this Suman gets jealous. 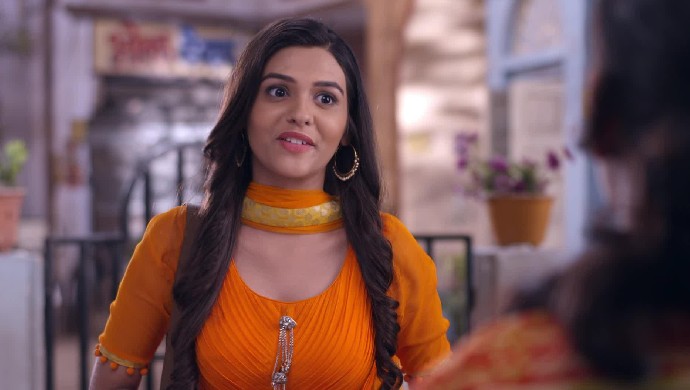 In the previous episode of Jaat Na Poocho Prem Ki, Shashi informs Poojan that Badal used to study along with Suman. Hearing this, Poojan questions Suman about it. Just then, Badal steps forward and asks for permission from Poojan to speak. He then says that he studied in the same university where Suman did but he wanted to prove that he deserves the job which is why he didn’t remind her about it.

In tonight’s episode, Badal’s mother gets angry at him for helping Poojan Pandey in saving his daughter. Badal says that it was his responsibility. Hearing this, his mother asks him to get out of the house right away. Badal doesn’t argue further and leaves the house.

He goes to meet his friends and asks them how did his mother learn about Suman’s incident. Just then one of his friends tells him that Suman had come to meet them in the morning. A few moments later, Badal’s mother comes searching for him and apologises to him for talking rudely. She then asks Badal to promise her that he will leave the job. Badal asks her to allow him for a month and then he will leave the job.

At home, Shashi introduces Suman to her niece Anjali who is doing her study on social science and wants to be a part of her NGO. Suman tells her that she will be happy to include her in the NGO. Later that day, Suman leaves to go to the health officer’s office to discuss their new program. Just then Anjali comes there and introduces herself to Badal. Seeing this, Suman gets jealous and cancels her plan.

At night, Anjali comes out of her room screaming. She tells everyone that she is afraid of sleeping alone. Shashi requests Suman to share her room with Anjali as it is just a matter of a few days.

Will Anjali find out about Badal and Suman’s marriage? Let us know your thoughts in the comments with the hashtag #JaatNaPuchoPremKi.