In tonight's episode, Arjun tells Badal that he is ready to pay the expenses for his father's operation and in return, he has to forget Suman forever. 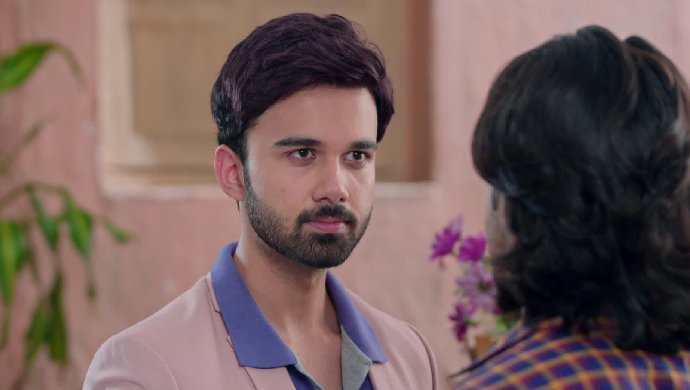 In the previous episode of Jaat Na Poocho Prem Ki, Poojan promises to allow Badal to walk away alive if Suman agrees to marry Arjun. Badal interrupts in between and tells Suman that she no rights to take such decision and sacrifice their love. But Suman has already taken the decision and Poojan takes her home. Later that day, Poojan hears this conversation between Suman and her mother. He tells his wife that he is breaking all the bonds with her as her punishment.

In tonight’s episode, Arjun comes to meet Suman in her bedroom and asks her about the Mehendi on her hand. She clearly tells him that she has agreed to marry him but that does not mean she is bound to love him. The latter tells her that he will wait until the day she accepts his love. Suman says that it would be a lifetime but surprisingly Arjun agrees to it too.

Later that day, Badal gets a call from the doctor to remind him to pay the fees as soon as possible because his father condition is getting critical. Badal is thinking about how to manage money, just then, Arjun comes to meet Badal and makes him an offer. He tells him that he is ready to pay the expenses for his father’s operation and in return, he has to forget Suman forever. Badal refuses the offer and says that he is capable of taking care of his family. When Arjun leaves from there, Badal’s mother comes running and asks Badal to stop Arjun and accept the offer.

Meanwhile, Poojan comes to Suman’s bedroom and tells her that he doesn’t want to see her unhappy anymore. Suman requests him to forgive her mother and accept her as his wife again. Poojan refuses to do so and says that once he has made his decision, there is no undoing it.

Avinash Mukherjee Aka Arjun From Jaat Na Pucho Prem Ki Is The Man Of Your Dreams!