In tonight's episode, Badal calls Poojan and tells him that he will free Lakhan only if he assures his family's safety. 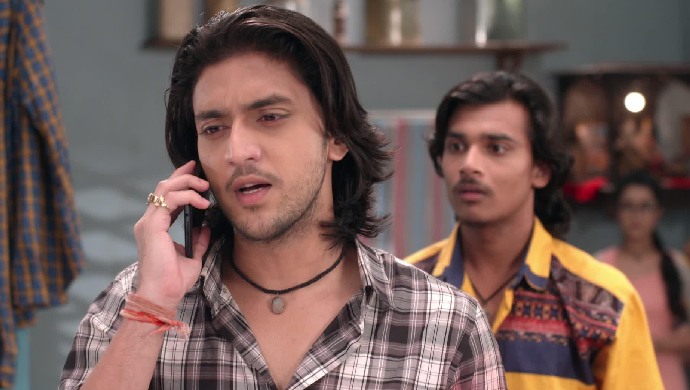 In the previous episode of Jaat Na Poocho Prem Ki, Poojan gives his revolver to Lakhan and asks him to go and shoot Badal. Shashi comes to meet Suman and tells her the reality of Poojan. She also shows her the video footage of the wedding where Poojan and Lakhan had killed the bride and groom.  Shashi suggests Suman to run away with Badal or else, his life will be in danger. Lakhan enters Badal’s house and catches him smartly. He is about to shoot him when Badal’s mother comes back and requests Lakhan to leave him.

In tonight’s episode, Suman is unable to forget what she saw in the wedding footage where Poojan and Lakhan killed the bride and groom. She remembers her childhood days when Poojan used to care for her and made sure that she never gets hurt.

Suman comes downstairs and tells Poojan that she used to respect him for the man he is but now after knowing the truth she fears him. The latter tells her that whatever he is doing is only for her good. Suman pleads to him to accept her love and assures that she won’t ask anything else. But he tells her that it is impossible and asks her to get ready as the boy whom she is going to get married is coming to see her.

On the other hand, Lakhan is about to shoot Badal when Badal’s mother throws red chilli powder in his eyes. Seeing this, Badal quickly gets the revolver from Lakhan’s hand and asks him to tells his men to drop their weapons. Later, Badal calls Pooajn and tells him that he will free Lakhan only if he ensures that his family will be safe.