In tonight's episode, Anjali expresses her feelings to Badal. He deletes the message so that there is no confusion. 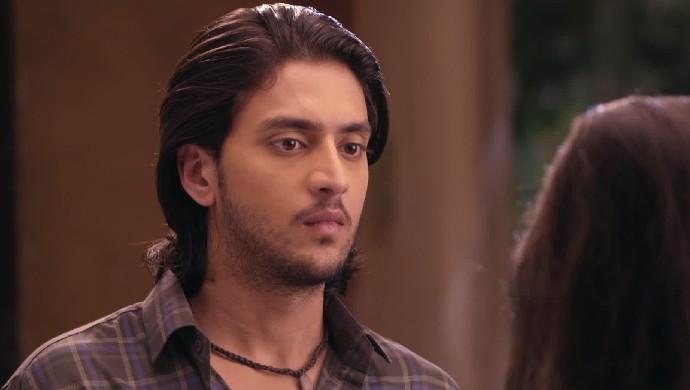 In the previous episode of Jaat Na Poocho Prem Ki, Anjali comes near Badal and compliments him for his looks and overall appearance in front of Suman. Later that day, Anjali asks Suman if she would like to show her the city but she gives her an excuse that she wants to take rest. She then asks Badal to accompany her but Suman tells her to take permission from the family. A few moments later, Shashi comes there and allows Anjali to go with Badal.

In tonight’s episode, after spilling the tea on Badal, Anjali tries to get close to him and know his shirt size to get him another shirt. Seeing this, Suman gets angry and asks Anjali to stop. Upon asking the reason, Suman says that Badal is amongst her staff and he is used to wearing such clothes so she doesn’t need to get him anything. Hearing this, Badal feels bad and before he could say anything, Suman tells him to stay away from Anjali.

Badal’s sister is searching for her document when she comes across the mirror kept in Badal’s suitcase. She then gets excited and shows it to her mother. A few moments later, Badal comes home and takes the mirror back. His sister takes the mirror from Badal’s hand and presses the button and sees Badal and Suman’s image. She gets shocked and returns it to Badal.

Later that day, Anjali messages Badal that she loves him. Badal thinks that if he tells this to Suman then she will get angry and create a scene. He then deletes the message to avoid confusion. Suman comes to meet Badal and asks him about the message that Anjali sent him. After checking his phone, she finds out that Badal has deleted the message. She thinks that Badal was trying to hide his intentions.

Watch Bombers A Grand Multi-Starrer Sports Drama Only On ZEE5