In tonight's episode, Badal and Suman go to the nearest hospital and meet Arjun there. 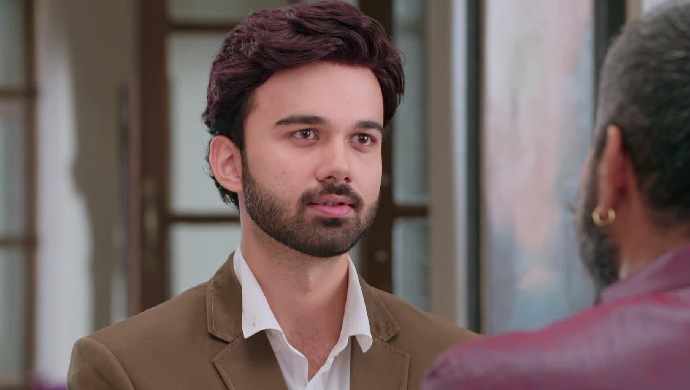 In the previous episode of Jaat Na Poocho Prem Ki, Poojan lies to Arjun that Suman is busy with her NGO work which is why she is late. On the other hand, the goons who were beating Badal find out Suman recording a video. Despite knowing that Suman is Poojan’s daughter, they decide to rape her. Badal gets angry and breaks the wooden plank he was tied to and saves Suman.

In tonight’s episode, Suman sees that Badal is badly injured and also has a high fever. Suman feels that she did a mistake by asking him to run away without any plan. Later she convinces Badal to go to a doctor and get take medical treatment.

Both of them go to the nearest hospital but the doctor refuses to treat Badal they are covering their faces and hiding their identity. Just then, Arjun comes there and tells the doctor to trust them and do the medical treatment. While doing the treatment, Arjun asks Badal to show his face or else it won’t be possible for him to treat his wounds. Badal trusts him and reveals his identity. The latter says that he doesn’t believe in running away and leaving parents alone. Badal explains to him that even they didn’t want to run away but they live in won’t allow them to be together.

While leaving from the hospital, Badal calls Suman by her name by mistake. Hearing this, Arjun feels suspicious and asks Suman to show her face. Badal says that they have reached there after facing a lot of problems and they don’t want to make it worse. Arjun apologises for what he asked and allows Suman and Badal to leave. Before leaving, Badal asks Arjun if he can make a call from his mobile. He then calls his friend and talks to his family.

Badal’s friend tells him that he has arranged for a house where he can stay for a few days.