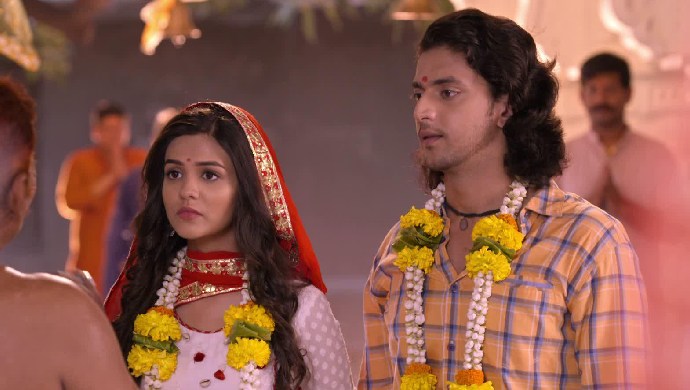 Jaat Na Poocho Prem Ki as the name suggests is based on the issues of casteism and discrimination. Taking inspiration from the blockbuster movies Sairat and Dhadak, this show takes a deep dive into the actual problems and shows the reality of society. The unique thing about this show is that both the characters are smart to get through their problems in their own ways.

In the recent episode of the show, we saw that Suman starts an NGO to help the people who belong to low caste. This decision of Suman is approved by Poojan thinking it will help him to make his image better in the society and it will benefit him politically. Little did he knew that one of the main reasons why Suman thought of NGO was to spend time with Badal.

Badal smartly impresses Poojan with his hard work and makes sure that no one doubt’s their relationship. We thought that everything would be fine but then we saw this promo and were shocked. Take a look:

In the promo of the upcoming episode, Suman’s mother goes to the Pandit Ji to know about Suman’s future and married life. The Pandit Ji tells her that according to her stars, Suman is already married. Hearing this, her mother gets shocked.

Will she tell this to Poojan Pandey or will she keep it to herself? Let us know your thoughts in the comments with the hashtag #JaatNaPoochoPremKi.

Watch the blend of comedy, action and thriller in the movie Simmba.

Deepika Padukone Had Given A Look Test For Beyond The Clouds. Seen The Pics Yet?