In the very first episode we meet Suman (Pranali Rathod), Badal (Kinshuk Vaidya) and Pujan Pandey. It would be interesting to see their journey. 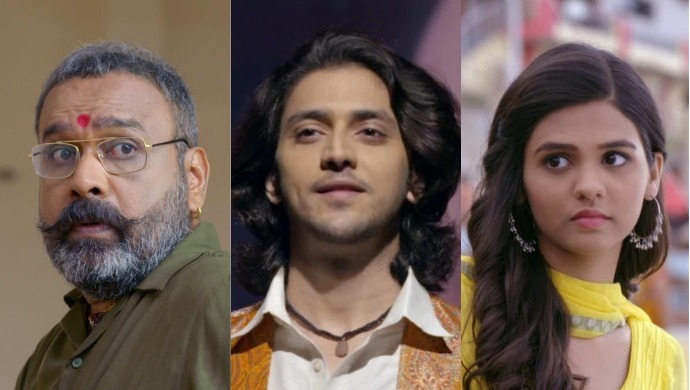 Finally, the wait is over. The TV show that created a lot of buzz amongst the audience, especially the youth has finally unveiled its first episode. We, as the audience, were excited to watch how it all begins. As they say, “The first impression is the last impression” and Jaat Na Pucho Prem Ki has managed to impress the audience quite well.

In case you missed the first episode then watch it below:

In the first episode, we were introduced to the main characters i.e. Suman, Badal and Pujan. We understand that it would be too early to review the show but we thought of sharing our experience about the first episode. To start with, the character of Badal looked quite mature, responsible and sensible, whereas Suman is shown as bubbly, smart, confident, strong-headed and most importantly the one who does not fear society at all. Both of them are madly in love with each other.

While this love story continues, the story introduces us to Pujan Pandey (Suman’s father) who is a professor and carries a gun to the school. When one of the students ask him about the gun, he tells him that teaching is his passion and this (pointing at his gun) is his profession. Surely, this is one of the best introduction scenes of an antagonist. There is one more incident that truly gives an idea of his overall personality. If you wish to find out then watch the episode now.

What was your experience when you saw the first episode? Let us know with the hashtag #JaatNaPuchoPremKi.

Watch the blend of comedy, action and thriller in the movie Simmba, on ZEE5.