In the promo of the upcoming episode, Pujan Pandey disrespects Badal by making him put on his shoes. 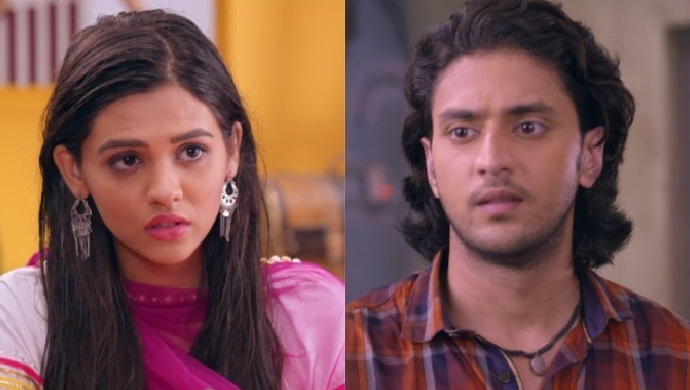 In the previous episode of the show Jaat Na Pucho Prem Ki, Badal comes to meet Suman at her house through the balcony. While they are talking, Suman hears her mother coming towards her room. She immediately asks Badal to go away and promises him that next time she will come to his house to meet him. Later, Suman convinces her father, Pujan Pandey, to allow her to start an NGO in Sevaktola which is Badal’s locality.

Watch the latest episode of the show here:

Suman takes permission from her father and goes to Sevaktola. The leader of the Dalit committee introduces her to Badal and tells her that he is an educated person who can understand and help her in her work. Suman and Badal both act as if they are meeting each other for the first time so that no one doubts them. Later that day, Suman comes near Badal’s house and he introduces her to his mother. Knowing that Suman is Pujan Pandey’s daughter, Badal’s mother gets angry and tells him that his father had to lose his job because of Pujan Pandey.

Take a look at the promo of the upcoming episode:

Badal has been appointed as a SPOC who will help Suman for the NGO work. Because of this reason, he gets an entry into Pujan Pandey’s house. Suman is happy to see that Badal has finally made it into her house and she can see him every day. Everything that is good has a price to be paid though. Pujan Pandey is aware that Badal is the son of the same guy who he removed from the job. Now when he sees Badal, he tries to disrespect him by making him put on his shoes. While this gives sadistic pleasure to Pujan, it disturbs Suman.

Will Suman raise her voice against her father or will she ask Badal to stop helping her? Let us know your thoughts in the comments section with the hashtag #JaatNaPuchoPremKi.

Watch all the episodes of the show here.