Hearing Pujan Pandey's opinion about inter-caste marriages, Suman & Badal decide to get married to each other without the knowledge of their parents. 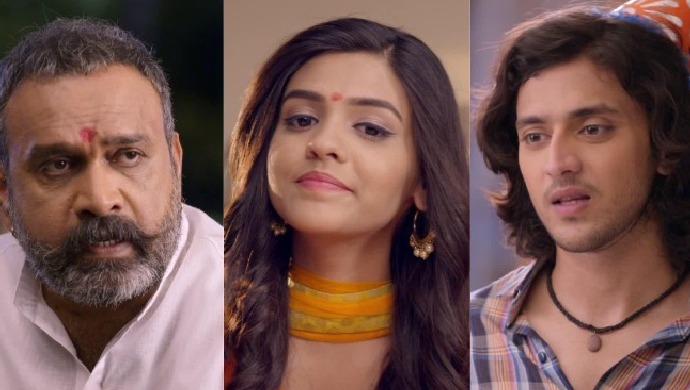 Jaat Na Pucho Prem Ki was known to be a TV adaptation of the popular movies Sairat and Dhadak. But the makers of the show surprised the audience by skipping the part wherein Suman meets Badal and how they fall in love. Instead, the story started with Suman(Pranali Rathod) and Badal(Kisnhuk Vaidya) already being in a relationship. However, this is also a sign that this show will exhibit the story that wasn’t told in both the movies.

In the recent episode of the show, Badal surprises Suman on her birthday by covertly getting inside the hostel and climbing to her room through the balcony at night. The other day, Badal and his friends celebrate Suman’s birthday at a sweets shop and have a lot of fun since their college days are over. Everything was going well until they hear the news of riots to protest against the married couple who were hanged to death. The same news channel shows the interview of Suman’s father Pujan Pandey. He says that he is totally against the incident that has happened but he also insists that the children must get married within their caste and religion to avoid such issues.

Take a look at the promo of the upcoming episode below:

Hearing her father’s opinion about inter-caste marriages, Suman and Badal decide to get married to each other the next day. In the promo of the upcoming episode, the couple goes to the marriage registrar and get married to each other in the presence of their friends. On the other hand, Pujan Pandey has selected a guy for Suman’s marriage but he is unaware of his daughter being in love and marrying a guy who belongs to a lower caste.

What will be the reaction of Pujan Pandey when he learns about Suman’s marriage? Let us know in the comments with the hashtag #JaatNaPuchoPremKi.

Watch Ishaan Khatter’s debut movie Beyond The Clouds inspired by the Iranian film, ‘Children of Heaven’