Jiyaa Shankar Aka Dr. Ira’s Expressions Will Remind You Of These Popular Emojis

Be it the light-hearted funny or intense dramatic scenes, Jiyaa Sankar has always managed to entertain us all with her expressions. 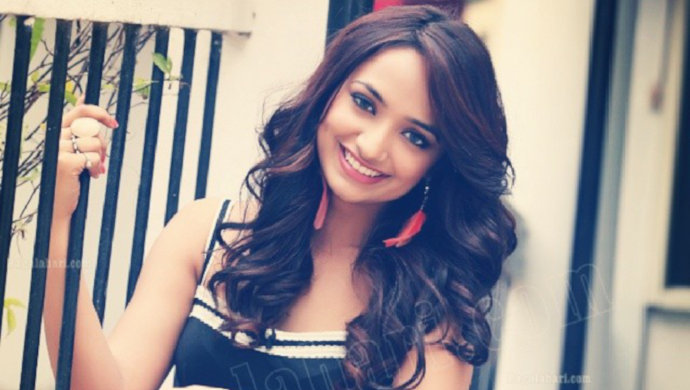 Over time, actress Jiyaa Shankar has got immense popularity with her character of Dr Ira Pandey in And TV’s popular show Meri Hanikarak Biwi. When it comes to her performance, be it the light-hearted funny or intense dramatic scenes, the actress has always managed to entertain all with her expressions in the show. Take a look at her performance on the show:

Recently, we came across watching a unique collage where Jiyaa a.k.a. Dr Ira Pandey’s expressions have found a resemblance with the fun emojis on social media. Yes! You read that right. One of the show’s fan clubs on Instagram has created this unique collage, where Jiyaa’s expressions in the show are seen resembling the fun emojis such as that of the Smiling face, Grinning squinting face, Neutral face and others.

Without taking much of your time now, take a look at this hilariously creative collage of Jiyaa’s expressions resembling the emojis here:

It also couldn’t escape from Jiyaa’s eyes and she chose to reply on this post with nothing but emojis only. She replied: “😂😂”.

Isn’t that just perfect? Well, there’s no doubt that these emojis really match up to Dr. Ira’s expressions flawlessly. Plus, this even shows how much the fans love Jiyaa as Dr Ira Pandey in Meri Hanikarak Biwi. Don’t you agree with us?

Let us know which emoji suited the best with Jiyaa’s expressions.

Chitra Vichitram is a ZEE5 Hindi Original Comedy Web Series That Is Sure To Entertain You!