The actress has mesmerized us by singing some of her favourite ‘desi’ popular tracks. 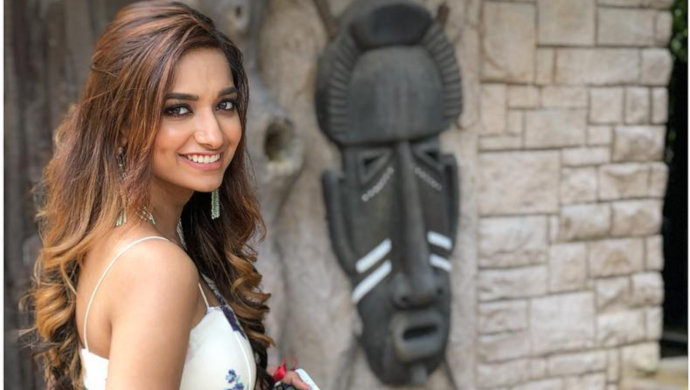 We already know how natural Jiyaa Shankar is. Her portrayal of Ira in And TV’s popular show Meri Hanikarak Biwi has already impressed many.

Have a look at her performance on the show:

But what comes as a surprise is that the gorgeous actress has an excellent voice also. And her singing skills will leave you charmed just like her acting. Don’t believe us?

Her Instagram account caught our attention. The actress has shared some videos on it where she is seen singing in her melodious voice while playing the guitar at the same time. Her voice is melodious in one of them and perfectly showcases her hidden singing skills. Check out videos of Jiyaa here:

Mostly, the actress is seen crooning some international tracks like The Script’s The Man Who Can’t Be Moved, Jason Mraz’s I Won’t Give Up and Bryan Adams’s I Can’t Stop Loving You. But, certainly, she has not left a chance of singing some of her favourite ‘desi’ popular tracks as well like superstar Salman Khan’s Main Hoon Hero Tera and Lucky Ali’s O Sanam.

Isn’t that just magical. Well, we don’t hold any doubts over it, what about you?

Which song by the actress did you like the most? Let us know in the comments section below.