"I remember one day we went to watch Kaakha Kaakha. Sukku looked at me and said, "Ye film karo, Bhai," John revealed on Not Just Supper Stars. 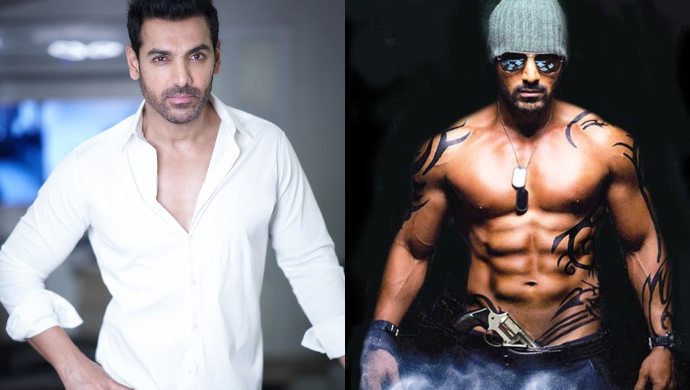 Raw and rugged, that’s John Abraham for you. The macho man of Bollywood boasts of an enviable physique, that has earned a compliment from the ultimate action superstar Sylvester Stallone. However, despite having the world at his feet, John leads quite a simple life with his non-actor friends. During his appearance on ZEE5 show Not Just Supper Stars, the Parmanu: The Story of Pokhran actor reveals secrets about his workout, personal life and more with trainer Vinod Chandna.

Talking about how Force was made, John shared, ” I have non-actor friends. One has his own startup, other is a businessman. The third is a chemical engineer from Cambridge, the fourth is a computer engineer from Boston. So everybody doesn’t belong to the industry, so we don’t talk about films. It’s a very different space I operate in. My one friend is an auto-rickshaw driver, Sukku. He takes me around, sometimes from my house to the office, I go in his rickshaw up and down. I remember one day we went to watch this Tamil film Kaakha Kaakha. Sukku looked at me and said, “Ye film karo, Bhai.” We made that into Force. I think it’s very important to take the masses’ view into consideration. Even if the industry is very multiplex we say.”

He even touched upon not liking to spend money on himself and being a workaholic who doesn’t take holidays. “My house has been made with a lot of inputs, from me, my father, my brother, my cousin sister. It’s called The Villa in the Sky and it has won international awards for its design. It’s a beautiful home, with floor to ceiling glasses. Till 7-8 years ago, I used to live in a house on the 8th floor with just one sofa. The bedsheet and pillow would be kept on one side of the cupboard and the other side had my clothes. The sofa would become my bed. I don’t like to spend money, not on myself. I think it’s the half Parsi genes of mine. I like spending on others.”

John further added, “I took a holiday for five days in about 18 years. It’s extremist and there is a school of thought that says you need a Saturday and a Sunday off, you need holidays, you need to get out. But I am a self-confessed workaholic. I love sitting in my office when I am not shooting. I love working around the clock. I have a football team also. Work rules my life. I don’t need a holiday because my workspace is so lovely.”

It is no secret that John loves swanky wheels. Host Gunjan Utreja quizzed him the number of bikes in his garage and he responded, “If I had kept my motorcycles, I think I’d have 40-50 motorcycles.  Now I have only 6-7. I have very few t-shirts.”

“I love legs, legs are the best for me,” says John about favorite body part to work out on. “A funny incident that happened on the sets of Force was in that song Khwabon Khwabon I had to do a very Shah Rukh Khan pose. I said okay, Genelia had to stand behind. When the music started and I stretched my arms, the choreographer is like Genelia has disappeared because of your back,” chuckled the Welcome Back hero.

Vinod, who has been training John for about 10-12 years now, revealed that John never cheats. “You keep anything in front of him, he won’t touch it. Once in 15 days, you should break your diet, even on that day, he won’t cheat. I have to force him,” says Vinod. John laughs, “Yeah he keeps telling me you can cheat. I tell him no Vinod I have worked very hard to be here, he says you, idiot, I have helped you come till here na, I am telling you to cheat.”

Vinod even candidly admitted he doesn’t like John’s film No Smoking. However, the actor expressed it is his favourite!

Know more about John Abraham in this episode of Not Just Supper Stars: