Paltan will awaken the patriotic in you, just like the cult film Border did. Available on ZEE5 for free, the movie makes for a good Quarantine watch. 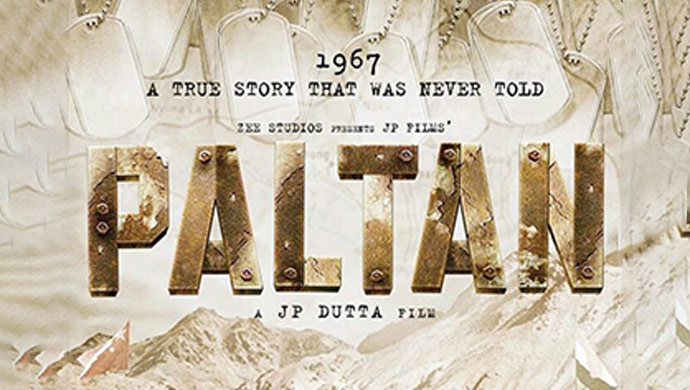 JP Dutta’s war film Paltan garnered great reviews not only from the critics but also, from the audience when it released in 2018. The film is available on ZEE5 for free during this Lockdown period till 31 March 2020.

Though the film is based on the Nathu La Cho La clashes between the Indian and Chinese military troops, many have been comparing it to J P Dutta’s 1997 cult film Border. Even though both the films are based on different wars, the feeling they incite are similar. It is known that director J P Dutta has made his mark in telling war stories, and beyond that he has also done some other work.

In fact, many say that working with a legend like J P Dutta is indeed an honour, like those many, every member from the Paltan cast has also made this point in their interviews. When I saw Paltan, I could feel that the film created the same magic that Border did more than two decades ago. And while this was an affirmation that no matter if the war and times change; the patriotic feeling remains the same. In fact, any movie buff would have felt that sense of victory towards Paltan’s end, like I did. What is amazing is that JP Dutta, even after a sabbatical managed to maintain that element in Paltan which made every Indian feel proud.

We will see you at the movies! September 7th at a Cinema near you! #paltan #gratitude #sept7th @zeestudiosofficial

Paltan’s ensemble star-cast includes Sonu Sood, Harshvardhan Rane, Arjun Rampal, Siddhanth Kapoor, Gurmeet Choudhary, Dipika Kakar, Sonal Chauhan and Esha Gupta. And for those who don’t know a major part of the film has been shot in Ladakh in the month of December.

The film has been produced by Zee Studios and in case you haven’t watched it yet, you can watch it exclusively on Zee5.