Juhi Chawla To Manoj Bajpayee, Did You Know They Are The Voices Behind ‘Krishna Aur Kans’?

Get ready for #NonStopBachFUN watching animated mythology movies with your children only on ZEE5 Kids! Check out a ton of movies streaming for free. 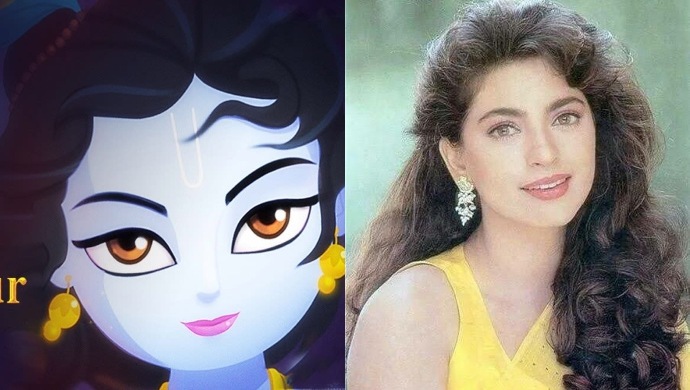 The positive thing to look at during the Coronavirus #lockdown is that it is providing families with time in abundance! Parents and children can make the most of this opportunity to bond with each other over movies, television shows and web series. To enhance the experience, India’s largest platform is the ultimate entertainment destination for your entire household. With the advent of ZEE5 KIDS. Not just your child, but you can also have #NonStopBachFUN along with them! We bring you Krishna Aur Kans, the animated epic mythos movie featuring the voice-acting of Bollywood stalwarts!

Directed by Vikram Veturi, this movie is not just another creation around the life and times of Lord Krishna. The unique realities about the animation movie will keep you wide-eyed and glued to your seat! Actress and dancer, Prachi Save Saathi has voice-dubbed the character of Krishna, a brave little boy who escapes from the clutches of his maternal uncle, Kans. Guess who lent his baritone voice to the villain? Yes! He is none other than the legendary late Om Puri Sahab!

The ever-loving foster mother Yashoda is voiced by Juhi Chawla. Essaying the character of Krishna’s foster father Nand is the critically acclaimed actor Manoj Bajpayee’s voice! Both Juhi and Manoj have also dubbed for Ramayana: The Epic. The biological parents of Lord Krishna, Devaki and Vasudev have been lent voices by the evergreen Marathi actor-couple Sachin and Supriya Pilgaonkar. Gargacharya, the family priest (rishi muni) who named Krishna during meditation is voice-acted by veteran Anupam Kher!

Late freedom fighter and Bollywood actor, A. K. Hangal Sahab lent his powerful voice to King Ugrasen, the ruler of Mathura and the grandfather of Lord Krishna. Mukesh Khanna is the voice of Akrura, another uncle of Krishna, who is respected more as his worshipper. In good humour, known as the universe’s first-ever journalist, Narad Muni is audible by comical-actor Ninad Kamat. Many more actors like Rajshree Nath (Radha), Sulakshana Khatri (Putna), Vinod Kulkarni (Trinavert) have given their voice to the film.

In his review on IMDb, Bhavesh Bhatia is quoted, “Not only an entertainer for your children, Krishna Aur Kans will keep you glued to your seat as you will definitely recall the bygone days of your childhood!” Well, Akanksha Naval Shetye of DNA had said, “The film is more of an engaging fare for children, but even the adults accompanying their kids will find themselves enjoying the film just as much, so go for it!” So, watch the full animation movie Krishna Aur Kans with your loved ones, streaming on ZEE5 KIDS!

You can get all the live updates on Coronavirus on ZEE5 News section, streaming now.

Svah! So Be It Review: A Taboo-Breaking Short Film Of The Before And After Of Marriage!

Half-Full Review: This ZEE5 Short Film About Suicide Will Lift Your Spirits, Trust Us