Kaali 2 Trailer: Paoli Dam Aka Kaali Unleashes Her Fierce Side; Learns The Art Of Survival

Paoli Dam is back with Kaali Season 2. The story of a woman in Kolkata's dark underbelly, the ZEE5 Original crime thriller releases on 29 May 2020. 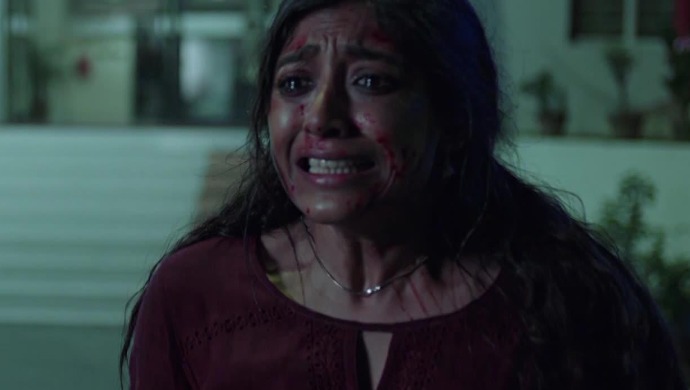 The upcoming ZEE5 Original thriller series Kaali is back with a second season. The makers of the series have promised to leave an impact on the minds of the audiences with their intriguing plot and storyline. Due to season one’s immense popularity among masses, the makers are leaving no stone unturned in making the second season of Kaali equally popular. The season one of the show featured Bengali stars, including Paoli Dam, Rahul Banerjee, and Shantilal Mukherjee in lead roles. The series showcases a story of a helpless mother, Kaali, played by actress Paoli Dam, who struggles to save her son who is fighting for his life. The makers have shown how Kaali gets involved in illegal activities to save her son Sunny. Apart from Paoli, Rahul Banerjee will play the role of Aniket, Shankar Debnath as Dilip, Vidya Malvade as Officer Gupta, Abhishek Banerjee as Jin Liang Aka Shona, Chandan Roy Sanyal as Swapan, Pratik Dutta as Akash, and Silajit as Sanatani.

Watch the trailer of Kaali 2 here:

The official trailer is now on ZEE5 and will surely keep you on the edge of your seat. The series promises to give goosebumps to its audience. The trailer starts with Kaali shooting a person who is trying to harm her son. Right from escaping gangsters and police to saving her child, this story of a woman in the dark underbelly of Kolkata is unlike any other. In the second part of the trailer, Kaali, who is working in a parlour, takes care of her ill son Sunny who is in a wheelchair. The entire police force tries their level best to catch Kaali red-handed and looks for her. They get to know that Kaali is close to her son Sunny and plans to separate her from him. Kaali is seen running away with her son when the latter screams and says until when they will keep running. As she drives away at great speed, Swapan comes in front of her car. Swapan, who is a gangster, tells Kaali to do as he says, otherwise he will kill Sunny. Kaali and Aniket promise to get back Sunny safely. Kaali agrees to do illegal activities such as smuggling drug consignments to save her son from the gangsters. Baffled by betrayals and innocent deaths, Kaali turns into a fierce woman who learns the art of survival in a merciless world.

Stay tuned for more updates on the upcoming bilingual, crime thriller ZEE5 Original series. Kaali 2 is set to release on 29th May, 2020.

You can now also binge-watch ZEE5 Originals like Code M and Judgement Day!