In tonight's episode, Baali's plan is ruined when Lord Shiva and Lord Vishnu join hands in protecting Anjani and her baby. 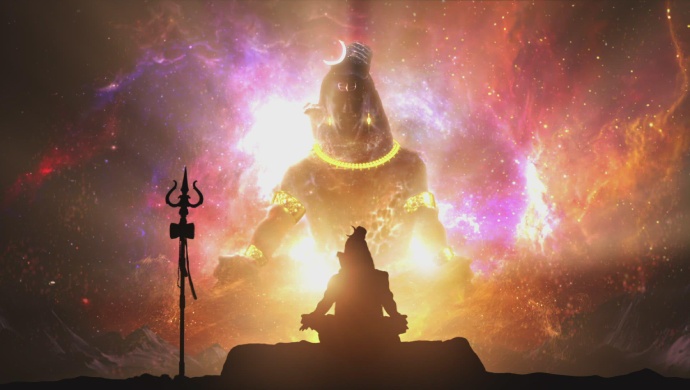 In the previous episode of Kahat Hanuman Jai Shri Ram, Baali decides to obey his father Indra’s orders and kill Hanuman. He goes to the personal doctor of Raavan and gets the most potent poison from him. Baali then goes to the godh bharai ceremony where everyone welcomes him with honour. He finds out that Anjani will only be having the kheer that was offered to Lord Shiva. Baali notices that his wife will be serving the kheer to Anjani. He distracts her and poisons the kheer.

In tonight’s episode, Parvati asks Lord Shiva to stop Anjani from having the kheer. However, Lord Shiva says that it is all part of his plan for Hanuman. He warns his wife that Hanuman will have to face a lot of such problems in his life. Anjani eats the kheer and immediately starts feeling the pain in her stomach.

Kesari is worried that someone is trying to attack his wife and child. Baali promises to track down the attacker and bring him to justice. Kesari and Anjani begin praying to Lord Shiva. At Kailash mountain, the poison affects Lord Shiva too. It causes volcanic eruptions in the mountains. But Lord Shiva says that he cannot do anything about it and everything is in Lord Vishnu’s hands.

Vishnu grants Shiva the power to stop the poison at Kailash as well as in Anjani’s stomach. Baali thinks he has succeeded in his plans and goes outside. He finds all the animals running towards the palace. Baali is surprised and finds a blinding light coming from Anjani’s bedroom. He opens the door and is shocked to find Anjani has given birth to Hanuman.

Operation Parindey: Amit Sadh And Rahul Dev’s Movie Is Not Your…

From the next episode, watch the early stages of Hanuman’s childhood. Catch the latest episodes of Kahat Hanuman Jai Shri Ram, streaming on ZEE5.