In tonight's episode of Kahat Hanuman Jai Shri Ram, Maruti has a new dream of learning how to fly. Narad Muni guides him to the king of birds. 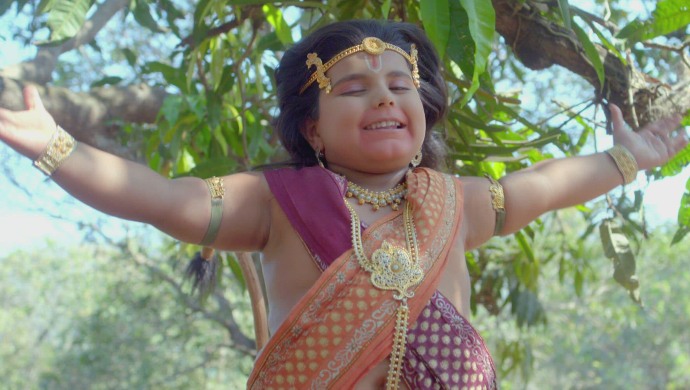 In tonight’s episode of Kahat Hanuman Jai Shri Ram, when Anjani regains her consciousness, Maruti runs and hugs her. The next morning, Maruti wakes up from a dream, wherein he is flying in the sky with birds. While Anjani asks him about it, she notices wounds on his knee and worries that his divine energy is ten times more than a normal child. She goes to their Rishi to share her concern and he assures her of speaking to Maruti. But, Maruti is hell-bent on wanting to fly, so he climbs a tree and jumps off it, but falls flat on his belly. Meanwhile, when Bali makes new plans to kill Maruti, Sugreev enters and reminds him of conducting a pooja for his father Shri Vrikshraj’s death anniversary.

Then, Narad Muni appears in front of Maruti and suggests that if he wants to experience flight, he should learn it from the king of birds Pakshiraj Garud. When he asks for Maruti’s introduction, Narad learns that is Mahadev’s ansh. Maruti then inquires where he can find Garud. At that time, Pakshiraj Garud flies into his kingdom as an eagle and then takes human form. He sits on his throne and everyone hails his name. Narad tells Maruti that his kingdom is in the south-west and the way is full of challenges. Enroute, Maruti falls into a valley, but his magical tail saves him by clinging to a tree. Maruti then reaches the entrance of Garud’s kingdom!

In the upcoming episode, Maruti enters Garudpuri and is presented before Pakshiraj Garud. Maruti states that he wants to learn the skill of flying from him. But he insults him saying a vaanar (monkey) can never be a pakshi (bird). Garud orders his guards to pick Maruti up and throw him outside the boundaries of Garudpuri. How will Maruti learn to fly?

Operation Parindey: Five Real-life Daring Jailbreaks In India That You Didn't Know About