In the upcoming episode of Kahat Hanuman Jai Shri Ram, will Maruti be able to pass the test? Stay tuned to find out! 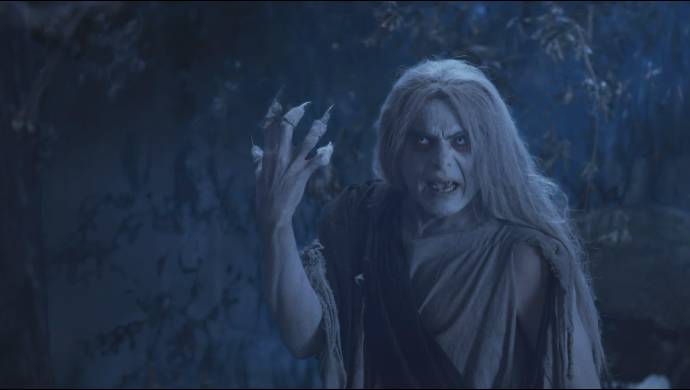 In this episode of Kahat Hanuman Jai Shri Ram, we see that Maruti decides to start his journey to attain aradhya. He checks for food to take along with him on his journey, and ends up packing lots of laddoos for the same. While his parents are asleep, he takes their blessings by touching their feet and leaves the palace.

Watch the episode of Kahat Hanuman Jai Shri Ram below:

He begins his journey, and enters a jungle. While looking at the sky, he spots the Dhruv star. He is overjoyed and thinks that he’s not alone in his journey. Maruti then reaches the boundary of the kingdom, and gives a thought about the adventure. Making up his mind, he crosses the boundary. In the jungle, he finds a snake crawling on the ground, and runs behind him, wondering how the animal can move without legs. He moves through the jungle and all of a sudden, comes across  an evil body.  He decides to kill him. The evil body transforms himself into an old, sick man. After being warned by Dhruv, Maruti still decides to help him.

The old man says something to himself in his mind, which Maruti hears. The former then realises that Maruti is not a normal child and has special powers. While Maruti is helping the old man, the latter decides to attack him. As soon as he tries to get close, he gets thrown away due to some magical powers that Maruti emits. The evil body then takes Maruti’s laddoos atop a tree, thinking that all the powers that Maruti possesses, reside in his bag of laddoos. When he again tries to attack Maruti, he sees Lord Shiva’s avatar in him. He gets kicked by Maruti, and the same, converts him into a virtuous body.

In the next episode, Mahadev himself decide testing Maruti’s composure. He meets Maruti in disguise, to trick him. How will Mahadev test Maruti’s perseverance to attain aradhya? Will Maruti successfully pass Mahadev’s test?

Watch The Latest Episodes Of Dance India Dance Only On ZEE5

Exclusive: Aayudh Bhanushali Reveals What He Learnt From Playing The Role Of B.R. Ambedkar