In tonight's episode of Kahat Hanuman Jai Shri Ram, Garud mocks Maruti for dreaming to fly, but that doesn't dampen his spirits. Read what happens! 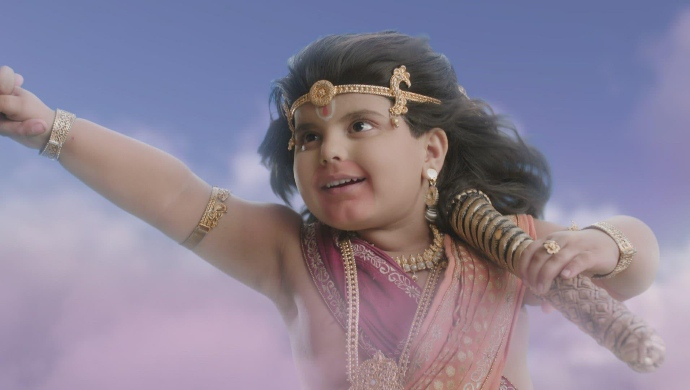 In tonight’s episode of Kahat Hanuman Jai Shri Ram, Maruti reaches Garudpuri with his quest for flight. He climbs a mountain and reaches Pakshiraj Garud’s palace. When he tries to enter, two armed guards stop him. Maruti sees Garud going into his palace to address his subject’s problems. The guards push Maruti away, but he hoaxes everyone into chaos. Then, he tricks them into taking him captive and presenting in front of Garud. Maruti introduces himself and expresses his desire to make Garud his guru and learn to fly. Instead, Garud demeans his vaanar community saying that monkeys are only for entertainment and cannot compete with birds of the sky. He orders to throw Maruti out of Garudpuri forever.

Suggested by Rishivar, Anjani and Kesari are praying to Vayu Dev to help Maruti channelise his bubbling energy. At the same time, Maruti realises that he had flown once when fighting the giant bull. “If it happened once, it will happen twice”, he thinks. Maruti jumps off a cliff and starting falling down straight. He closes his eyes due to fear, but a voice asks him to open them. Maruti sees a royal man holding his hand and making him fly. His name is Vayu Dev, the god of wind! Maruti cannot contain the joy of flying and he lives his moments in the sky! When they land, Maruti hugs Vayu Dev very tightly!

#LeapDay: Make Use Of Extra 24 Hours To Binge-Watch Poison, Kaali Before Its…

In the upcoming episode, now that he has flown with Vayu Dev’s help, Maruti wants to try flying on his own. Sneaking out from his mother’s attention, Maruti jumps off the ground to catch birds in the sky, but he doesn’t reach them. He also climbs a tree to experiment more. In the end, Maruti cries out “Jai Shri Ram” and flies independently in the orange sky with his gadha on his shoulder!

Mark Your Calendars As ZEE5 Drops Operation Parindey, Mentalhood And More This March 2020