Anjani gets upset with Maruti for his irresponsible behavior and decides to punish him. Check out more details inside. 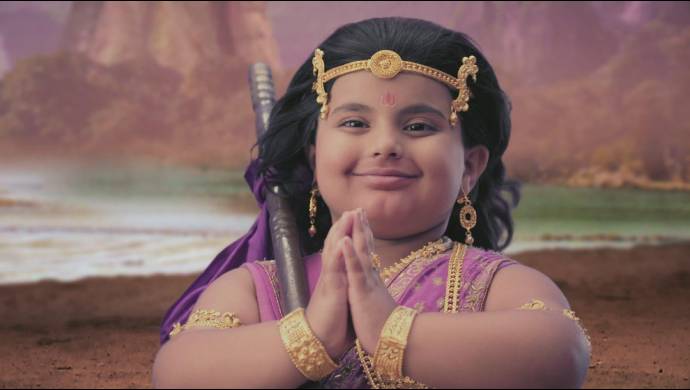 In tonight’s episode of Kahat Hanuman Jai Shri, we see Mahadev telling Maruti that his aradhya’s name is Ram. Maruti is very pleased and delighted after hearing this. He happily begins his journey back home and on his way, he chants Ram’s name till he reaches the destination.

Rishi Durvasa is amazed to know that Maruti has found his aradhya in the form of Ram. And instead of cursing Anjani and Maruti, he blesses them, saying that Maruti will be the pioneer of enlightenment for all his bhakts and that people will look up to him, as an example of dedication. Anjani is shocked to hear this. She is also worried, as she is wondering about what is so special in Maruti that Rishi Durvasa blessed him instead of cursing him. She is upset with Maruti, as instead of repetitive warnings about not leaving the palace, as Rishi Durvasa is going to come as a guest, Maruti did not listen to her orders and did what he felt was like. Anjani for once realises that her son is extremely pampered and that he needs to be punished.

In the upcoming episode of Kahat Hanuman Jai Shri Ram, we will see Maruti reaching home. Seeing him, Anjani gets emotional and hugs him tightly. However, at the same time, she gets upset with Maruti about his behavior. She decides to teach him a lesson and locks him outside the palace.

Will Maruti be able to calm his mother down and regain her love? Find out only on Kahat Hanuman Jai Shri Ram.

For more fun and entertainment, watch your favorite shows on ZEE5.