Kamna Pathak, Himani Shivpuri On Standing Up For Themselves, Living By #MainMeraDekhLungi

This Women’s Day, Happu Ki Ultan Paltan actors recall their struggles, the doubts they faced and their #MainMeraDekhLungi moments which empowered them 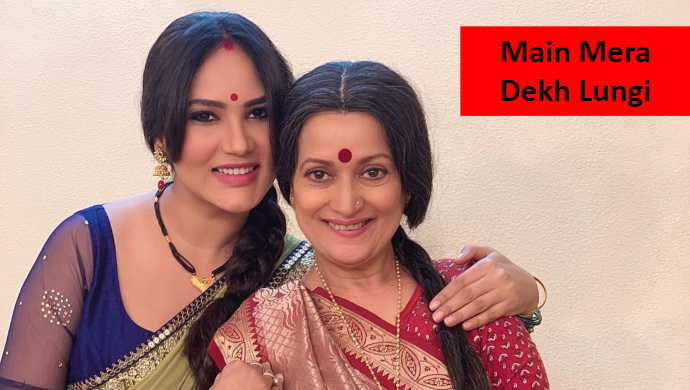 Women’s Day is just around the corner and we have prepared to embrace it with open heart and minds. We all have come across various characters on TV that are strong, powerful and independent. Apart from these reel-life characters, there are women in real life too that have struggled and fought their way out. These women have accepted challenges that life has thrown towards them and have stood up on their own. Kamna Pathak aka Rajesh and Himani Shivpuri aka Katori Amma are ideal examples of how a wife and a mother should be on-screen. These two actresses live by the lines Main Mera Dekh Lungi in real life too. Read on to find out how!

When we asked Kamna Pathak aka Rajesh about it, the actress revealed that she has had several such instances in her life. She says, “I was cautioned every time I stepped out for an audition. People even tried to sway my family into thinking that Delhi wasn’t safe. They scared me by saying that I won’t be able to survive in a hostel on my own. That’s when I had to say Main Mera Dekh Lungi! I can take care of myself. Women in today’s times have excelled in every field. So, Main Mera Dekh Lungi stands true in every sense of the word. A woman can manage herself without being dependent upon anyone. I liked how Zee5 has made use of this caption for the women’s day campaign. Women shouldn’t be looked down upon as someone who needs sympathy. I hate it when someone pities a woman. Both men and women should be treated equally. ”

The actress then recalls her struggle, “During my initial days at Mumbai and Delhi, I faced a lot of rejections. I kept on giving auditions even though I was rejected. However, I was never told why I was rejected for. That’s when I said to myself Main Mera Dekh Lungi! This believed in this statement and therefore I could reach where I’m today.”

On the other hand, Himani Shivpuri is a living example of Main Mera Dekh Lungi. The actress says that she has lived by these words all her life. She says, “30 years ago, I was a student and that too a brilliant one. I was getting a scholarship to study M.S abroad but I chose theatre. Girls back then were looked down upon for choosing theatre as a profession. The situation hasn’t changed much even now. Therefore, I had to stand up on my own. I left home, survived on a scholarship and never took a single penny from home. So, it was always Main Mera Dekh Lungi! for me. Even when I got married, it was out of caste. Thankfully, my parents supported this decision of mine. They didn’t like it initially so I tried to reason them out. Even when I quit everything and came to Bombay. I had no one but myself. So even then it was Main Mera Dekh Lungi.”

She also recalls a tragic incident that happened in her life, “My husband expired early on in my career. This was during the time I was doing DDLJ (Dilwale Dulhania Le Jayenge). I never became a bechari naari even back then. I picked myself up and worked on my career, and even brought up my son. So, I feel I have lived with and am still living with Main Mera Dekh Lungi.

Did You Know That This Actor From Ek Mahanayak Dr. B. R. Ambedkar Was Part Of…

Aren’t these ladies the real-life superwomen? What do you think? Tell us in the comment box below!