Kamna Pathak, aka Rajesh, is getting creative during the lockdown. She has recorded a special corona 'lokgeet' for her fans. Check it out. 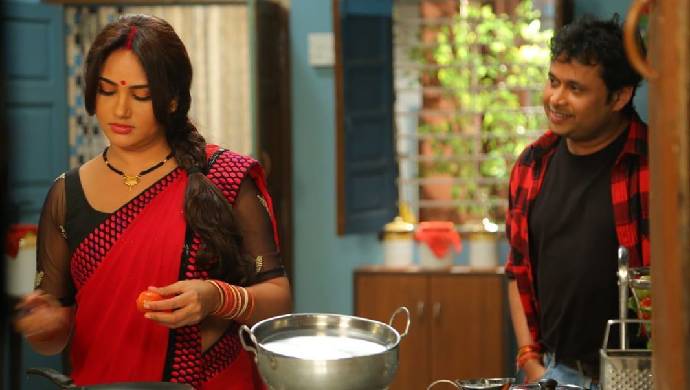 Happu Ki Ultan Paltan is Bhabi Ji Ghar Par Hain’s spin-off show. The show features Inspector Happu Singh, and his family including his wife Rajesh, his children, and his parents. Happu’s wife, Rajesh is a melodramatic lady, and can be seen throwing fits of drama often. But Kamna Pathak, the actress who plays Rajesh, is completely opposite, in real life. She is calm and composed, unlike Rajesh. Kamna is also a very good poetess, like her father. Kamna Pathak is indulging in all things creativity during the lockdown.

Kamna keeps her followers entertained by reciting poems, and singing songs for them in her melodious voice. She recently sang a Corona Lokgeet, for her fans.

Apart from spending time with her family, she is also keeping her fans entertained. One thing Kamna is very vocal about, is that she strongly misses shooting for the show Happu Ki Ultan Paltan. She has posted several throwback pictures with her co-star, Yogesh Tripathi. Kamna has also written in the caption that these pics make her nostalgic.

Kamna’s captions are all about Happu’s punch line ‘Do diye tumhaye munh mein’. Isn’t this so funny and cute?

Well, if you are missing Happu, as much as his Rajesh is, you can stream the show anytime on ZEE5! While we await the new episodes.

Exclusive: Anshuman Malhotra Of Love Sleep Repeat: After Haider I Knew I Wanted…

Never Kiss Your Best Friend Review: A ‘Complicated’ Story Every…

Sharman Joshi Spills The Beans On His Role In Baarish 2, Chemistry With Asha Negi And More