The couple fell in love by chance, and their love story is something that will make you believe in true love. 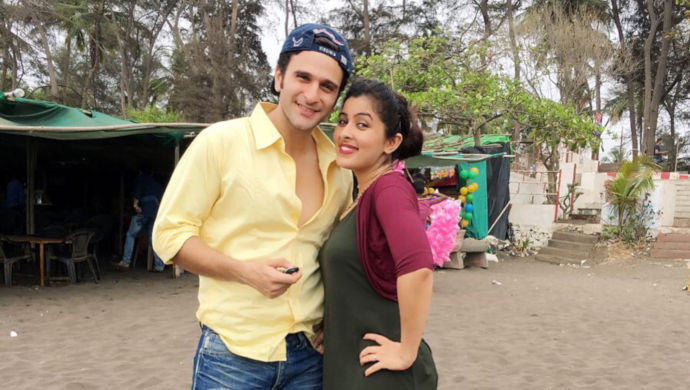 There are some people who strongly believe that ‘someone, somewhere, is made for you.’ And the ones who don’t believe in this, have to sit back, relax and read out TV star Karan Suchak’s love story. For those who are new, Karan plays the role of Akhilesh in And TV’s popular show Meri Hanikarak Biwi. The show is based on the comic love story of Akhilesh and Iravati. While we say this have a look at one of the episodes of the show:

Recently, the actor and his wife Nandita Suchak completed three years of togetherness. But, the couple fell in love by chance, and their love story is something that will make you believe in true love and Karan-Nandita’s pair is made in heaven.

In one of their earlier interviews, the couple revealed some heart-warming moments about their journey. The couple came in contact only for professional reasons. Nandita had said, “I was into celebrity marketing before. I got in touch with him for an assignment.”

When the hearts smile #loveandsmile

It will come as a surprise to all that for Karan and Nandita, it was ‘love over the phone!’ They got along well right from their first conversation. Nandita while revealing about it said, “It’s quite strange but after speaking to each other on the phone for about three months, we fell in love without even meeting each other!”

When they finally met!

After talking over the phone and perhaps having hours and hours of conversation for about three months, they finally decided to meet. “We realised that it’s high time we meet in person. When we finally met, we were already in love”, said Nandita. Karan further added on this saying, “We knew what we felt for each other right from the start, we just had to express it.”

The reason of attraction to each other

For Nandita, besides the fact that Karan was very handsome, she also liked the fact that he is knowledgeable about a lot of things. She felt that it was a winning combination for her. Whereas for Karan, he liked how she carried herself with confidence. He felt that she is extremely open-minded and at the same time a girl who values her family.

The beautiful couple says that marriage has only strengthened their relationship further. Awww! Isn’t that sweet?

Do you think your love story is as exciting as theirs? Then share it with us.

Meri Hanikarak Biwi: Will Akhilesh Be Able To Diffuse The Bomb And Save Everyone?