In this episode, Tipsy gets into a trouble which leads her to ask help from Karan. Karan plays a prank on her. 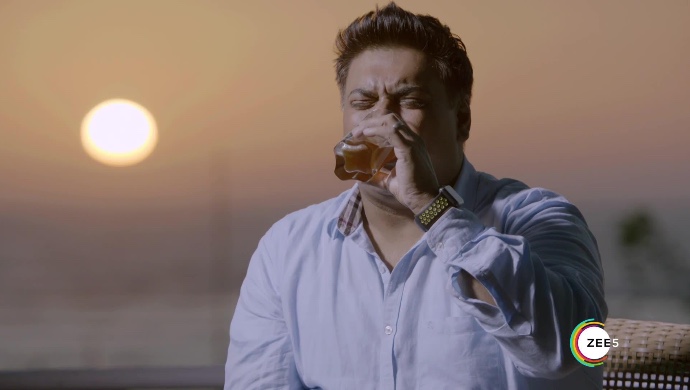 In the previous episode, Karan decides to leave Mahabaleshwar. And, Tipsy tries to stop him. In this process, they both end up in a tiff. Karan goes ahead and tells Romila that it was Tipsy who mixed sleeping tablets in her juice. Romila gets furious. On the other hand, Karan tries to have a conversation with Trisha at the bar. He offers an apology which he least bothers about.

In the recent episode, Sherry comes to rescue. She saves Tipsy by locking Romila in the lobby washroom with the help of hotel staff. While on the other side, Romila is waiting for Karan in the washroom. Soon she realises that it’s a trap and she unlocks herself from washroom using her hairpin. She runs and goes outside where she sees Sherry and Tipsy going in the car. Sherry takes Tipsy to the Rockathon where Karan is there with her daughter. Looking at them going, Romila also follows them.

Whereas, Karan leaves with his daughter from Roackathon. They both cross each other’s car without knowing. Sherry takes her to the concert. Tipsy isn’t comfortable. She sees Romila looking for her. Karan drops Trisha to the hotel and gives her the gift. She happens to like it.

Whereas, Tipsy gets stuck at the Rockathon. She keeps hiding from Romila. In between hide and seek, Police raids there and arrests everyone.
Tipsy calls Karan to help her. Karan laughs listening that she is in the police station. He starts celebrating and drinking. On the other hand, Tipsy gets really worried.
Karan reaches to the police station. Everyone gets excited looking at him. Karan talks to the Police inspector and gets Sherry and Tipsy out. While going back home, Tipsy breaks down. Karan tries to console her. Soon, the consoling session turns out to be a tiff again.
Will Karan try to understand Tipsy?

Watch all the latest episode of It Happened In Calcutta which you take you in 70s state of siege:26/11 streaming only on ZEE5 Original