In the latest episode, Ananya overhears Poonam and Sheena talking. Poonam says that she was not with Abhimanyu that night. 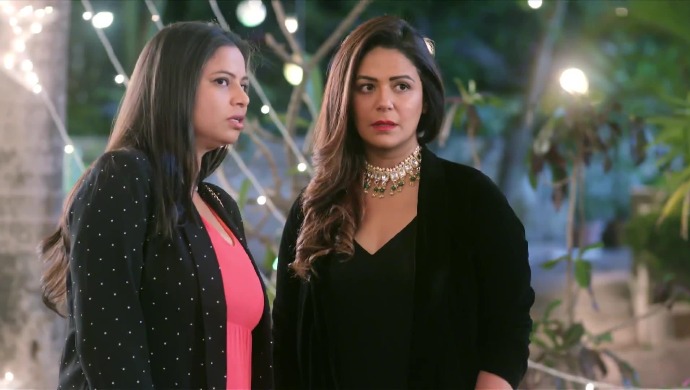 In the previous episode of Kehne Ko Humsafar Hain, Rohit tells his friend what happened between him and Poonam. Guri advises Rohit to not tell anything to Ananya otherwise she will leave him and go. Rohit feels guilty and blames himself for cheating on his wife, Ananya. Ananya goes to meet Rohit in his office and gets to know that he left early yesterday. Rohit sees Ananya talking to Poonam and gets tensed. Poonam urges Rohit to not tell Ananya about what happened between them. Nikki invites Arya for her New Year party, while Sheena invites Abhimanyu. Ananya tells her friends that she is excited and wants to be a mom soon.

In the latest episode, Nikki gets excited about the new year party. Bani comes to the party and asks Nikki if Arya is also coming. Both Arya and Abhimanyu arrive at the party. Bani gets excited, thinking that she can reunite with Arya. Sheena gets happy seeing Abhimanyu in the party, and the latter says that Poonam is not talking with him. Abhimanyu tells Sheena that they parted ways. Poonam gets shocked seeing Abhimanyu with Sheena. Ananya and Rohit arrive at the party. Rohit sees Abhimanyu in the party and gets angry.

Ananya plans on taking a pregnancy test, and telling Rohit the news at midnight. Rohit goes to meet Poonam and asks her about Abhimanyu. Poonam tells Rohit that she is tensed that Abhimanyu is meeting her daughters. Poonam feels guilty as she broke Abhimanyu’s heart and cannot face him. Sheena comes to meet Poonam, and she learns about what happened between Poonam and Rohit. Ananya overhears Poonam and Sheena’s conversation, and gets to know that Poonam wasn’t with Abhimanyu that night. Faisal meets Bani at the party and gets shocked to know that she is married. Arya and Bani dance together when the former says that he needs to talk to her.

REJCTX Throwback: Here's Everything You Need To Know Before You Watch Season 2

Harman Singha: I Had To Subdue My Personality For Ratan's Role In It Happened In Calcutta