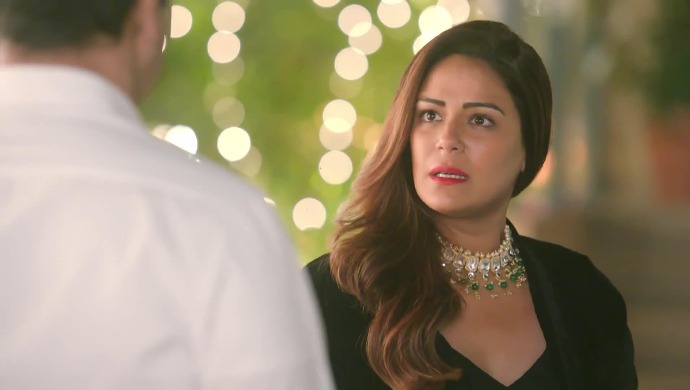 In the previous episode of Kehne Ko Humsafar Hain, Arya and Abhimanyu arrive at the party. Bani gets excited, thinking that she can reunite with Arya. Poonam gets shocked seeing Abhimanyu with Sheena. Ananya and Rohit arrive at the party. Rohit sees Abhimanyu in the party and gets angry. Ananya plans on taking a pregnancy test. Rohit goes to meet Poonam and asks her about Abhimanyu. Sheena comes to meet Poonam, and she learns about what happened between Poonam and Rohit. Ananya overhears Poonam and Sheena’s conversation, and gets to know that Poonam wasn’t with Abhimanyu that night. Faisal meets Bani at the party and gets shocked to know that she is married.

In the latest episode, Sheena tells Poonam that she has sent Abhimanyu away. Poonam gets tensed thinking that Ananya might know what happened between her and Rohit. Sheena makes Poonam comfortable, and tells her that Ananya did not hear anything. Rohit talks to his friend Guri and tells him that he has not said anything to Ananya. Guri asks Rohit about Abhimanyu and the latter says that Poonam parted ways with him.

Ananya comes to talk to Guri and the latter says that Rohit has purchased a gift for her. Ananya gets shocked to see a diamond ring, and tells him that it is expensive. The two get romantic when Ananya sees Poonam worried. Rohit tells Ananya that Poonam is upset with Abhimanyu. Nikki calls Rohit for a dance. Arya and Bani dance together, but Arya tells her that he is going to Boston and says goodbye to her. Bani gets upset and gets drunk. Faisal sees Bani drinking, and goes to talk to her. Bani tries to kiss Faisal and tells him that she never loved Arya, but got married to him to take revenge from her dad.

Ananya does the pregnancy test, and is emotional when she gets to know she is pregnant. Sheena tells Rohit that Poonam informed her about what happened between them. Ananya goes to talk to Rohit and overhears Poonam and Rohit’s conversation. She gets to know that it was Rohit who was with Poonam that night. Ananya checks Rohit’s phone and messages Poonam. Poonam messages Rohit, and Ananya reads the text. She gets to know the truth about Poonam and Rohit. Ananya is shattered, Rohit tries talking to her and tells her he can explain but she says that it’s too late and she walks away from the party.