Sheena masi plans to take revenge upon Ananya and sends her happy pictures of Rohit-Poonam. Ananya gets sad seeing Rohit so happy with Poonam. 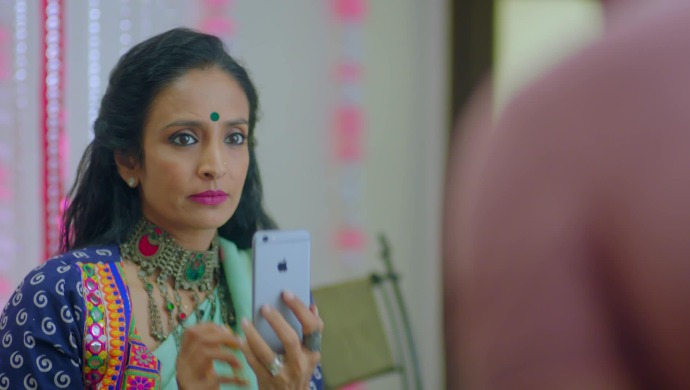 In the previous episode of Kehne Ko Humsafar Hain, Nikki gets to know that Harry is flirting with Ananya and exposes her in front of Rohit. Poonam tells her daughters to apologise to Ananya for insulting her. Ananya and Rohit get into a fight and the latter says that she was having lunch with a man. Later, Ananya tells Rohit to stay with his family until the time Bani gets married.

In the latest episode, Poonam panics due to Bani’s upcoming wedding. Rohit arrives at the farmhouse and surprises his family. He tells Poonam that he will help her arrange everything for Bani’s wedding. Rohit’s mother tells Poonam to give her wedding another chance. But she refuses to do so. Sheena masi consoles Poonam and makes a plan against Ananya. She connects with Ananya on social media and posts several pictures of Rohit and Poonam together. She tries to make Ananya jealous.
Sheena masi gets sad seeing her sister devastated and says that she will give the same pain to Ananya. Ananya gets surprised to see Rohit and Poonam’s pictures on social media. Bani gets angry seeing Rohit and says that she does not need him. But he gets emotional as he says that he needs both his daughters. Ananya gets second thoughts about Rohit and Poonam and calls him. Sheena masi snatches Rohit’s phone and does not allow him to take the call.

What will happen next? Will Sheena masi be able to create problems between Ananya and Rohit? Watch all the episodes of Kehne Ko Humsafar Hain now, only on ZEE5!