In the latest episode, Poonam and Sheena go for swimming and bumps into Abhimanyu. Sheena tells Poonam to move in life as Abhimanyu likes her. 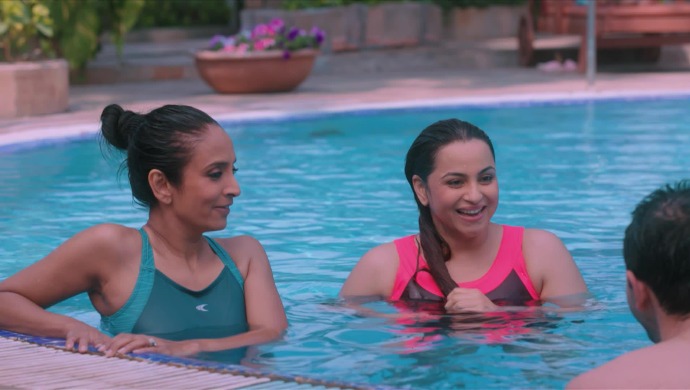 In the previous episode of Kehne Ko Humsafar Hain, Rohit gets to know that Nikki did not attend college for two months and has now got rusticated. He blames Poonam for not taking care of the kids. The two get into an argument. Rohit informs Ananya that he is going to the farmhouse and Poonam invites Ananya to stay with them. Rohit questions Nikki for not going to the college. Poonam and Ananya spend time together and the former talks to her about the pregnancy test. Ananya feels bad thinking why did Rohit inform Poonam about her pregnancy test.

In the latest episode, Ananya gets irritated thinking that Poonam knew about her pregnancy test. She tells her friends that she is upset that Rohit spoke about her test to Poonam. Ananya tells Vandy and Cherry what happened between her and Harry in Qatar. A man flirts with Ananya and Harry comes for her rescue. Harry dumps his girlfriend and she tells her brother that she got dumped. Harry’s ex-girlfriend supports Ananya and believes in their bond. Ananya’s friends make her understand and tells her to forgive Harry.

Later, Poonam and Sheena go for swimming. Sheena pulls Poonam’s leg by talking about Ananya. But Poonam says that she has no problem with Ananya. Poonam gets worried about Nikki as she did not say anything when Rohit questioned her. She even informed Sheena that she spoke about Ananya’s pregnancy. Sheena calls Rohit and informs her that Poonam spoke to Ananya about her pregnancy test’s result. Sheena and Poonam bump into Abhimanyu. Harry confesses that he likes Ananya.

Dive Deep To Travel Underwater With Fifi And Lily In Fish Tales 2 On ZEE5 KIDS!