Ikram Malik's tale in Khwaabon Ke Darmiyaan has equal parts of thrill, drama and a rush of adrenaline saved for you. 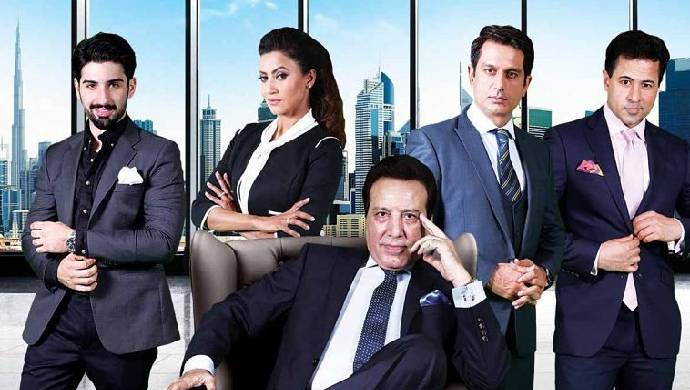 ZEE5’s latest addition, Khwaabon Ke Darmiyaan, is your #TicketToBollywood, as it has all the reasons to become the most-watched TV show. This UAE based drama streaming for free on ZEE5, has a gripping storyline, a stellar cast, and life lessons. The show begins with the story of Ikram Malik, a huge business owner, and real estate developer. Ikram is the owner of Radiant Properties. He is very clever when it comes to the real estate sector. Ikram has solid support in his vice presidents, Faraz, Ajay, and Kabeer, and his CFO Roshni. Along with the entire team, Ikram goes on grabbing huge projects but he also makes a few enemies in the process.

Watch the first episode of the series here.

Ikram’s biggest enemy, Aadil, is hell-bent upon getting a project based in Kuwait. Ikram does not even pitch for the project. But Ajay has a meeting regarding the same and they set out for huger profits. Meanwhile, Faraz also goes on to bring new clients and is good at convincing the clients to go ahead with bigger projects and additional costs. Roshni can be seen having a crush on Ajay but she is not convinced of the same and keeps it to herself as Ajay is married to Kajol.

The story is a diabolic spinner that has the ability to make the viewer feel various emotions including anger, sympathy, hatred as well as love at the same time. Each character has many layers. Faraz is a party animal who has tasted success at a fairly young age, he later falls in love with Mariam. She is welcomed warmly into their circuit. Ikram, his wife, and Kabeer, Mehjabeen (Kabeer’s wife), Ajay and Kajol, and Faraz are seen spending time together like a family.

None of them has an extended family nearby, except for Kabeer who’s brother keeps calling and asking for monetary help. There are some instances that prove these characters have a strong attachment, they watch the India Pakistan match and cheer for their own countries, which is a very happy moment. Also, when Kabeer’s wife is about to have a baby, everyone turns up at the hospital to show their support and love.

Ajay and Kajol share a very warm relationship and Ajay has no one else in his heart except his wife. Similarly, Ikram and his wife, Saira, share a very close and happy marriage. But on the other hand, Kabeer and his wife Mehjabeen are on loggerheads most of the time. They fight over menial issues like finance, Kabeer’s attention, and his wife also accuses him of having an affair! But all this matters very less when Mr. Ikram Malik has a sudden heart attack and he collapses! After his death, Saira shifts herself into a cocoon and ignores all her responsibilities. But soon, Faraz and Kabeer convince her that she must take up the office responsibilities.

Saira joins Radiant Properties and she starts handling the business efficiently. But Saira comes across a strange fact and she talks to Roshni about it. Roshni tells Saira that there has been a mismanagement of finances. Saira starts to suspect that probably Ikram’s death was not an accident but murder! The truth falls out when Kabeer tries to hack Saira’s computer and erase the data that constitutes as proof against him. When cornered by Faraz, Ajay, Roshni, and Saira, Kabeer confesses that he let Mr. Malik die as he was afraid that his other business KNH properties would be out in the open. Mr. Malik had learnt about Kabeer’s stealing of the accounts from Radiant Properties and sending them to KNH properties! Saira tells Kabeer that she would never forgive him.

The story of Ikram Malik is still far from over as the business tycoon has not received his due justice! What do you think will happen ahead? Watch all the free episodes of Khwabon Ke Darmiyaan and comment on your favorite scene below!