On Komal Natha's birthday, we look back at his old interviews with Irrfan Khan and Rishi Kapoor which happened at important moments in their careers. 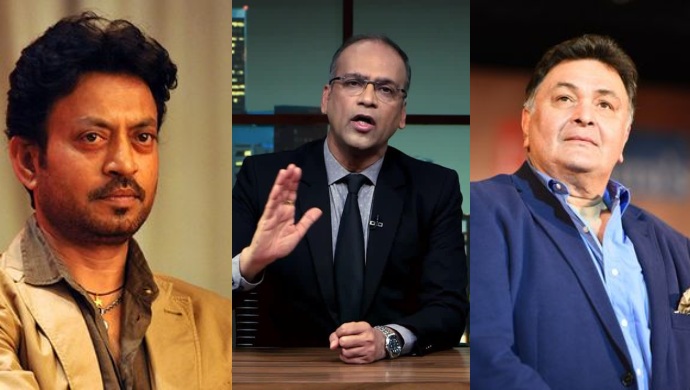 Nobody understands the business of Bollywood better than Komal Nahta. He has been the host of Bollywood Business since the year 2010 and has interviewed the biggest stars and had a front-seat view to the changing face of Hindi Cinema. From producers to lyricists and sreenwriters, Komal interviews them all and offers audiences an interesting insight into the making of films.

Here’s the last interview on Bollywood Business before the lockdown, which features Homi Adjania and Dinesh Vijan from Angrezi Medium. They talk at length about Irrfan’s contribution to the film and his dedication the craft of acting.

Komal Natha’s birthday is today which is also a sad day for the film fraternity, because we have just lost two great actors, Rishi Kapoor and Irrfan Khan, in the space of one day. We chose to commemorate his birthday in a way he would love and feel respectable. Komal Natha interviewed both these actors at important points in their career.

He interviewed Irrfan Khan right after he won the National Award for Paan Singh Tomar which opened him up to the new and unique roles he would get later on in his career. Rishi Kapoor too spoke about Do Dooni Chaar where he played a leading role after a long time in a film which was then followed by Mulk, Kapoor And Sons as well as his slew of hit films later on in their career.

Which was your favourite moment from their insightful interviews? Let us know in the comments below.

Irrfan Khan Missed His Late Mother During Critical Stage, These Were His Last Words

Happy Birthday Onir: Celebrating The Role Of 'My Brother Nikhil' In LGBTQ Representation