Kunal Kumar: Amit Sadh And I Reunite After 20 Years In Operation Parindey

Kunal talks to us about his character, shooting conditions in Bhatinda and why #OperationParindey has been a memorable experience for him. 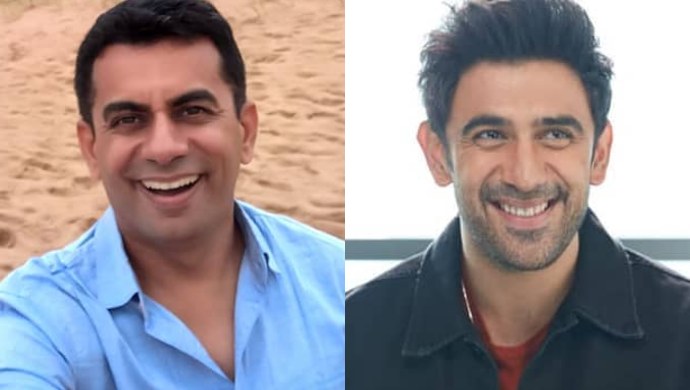 Kunal Kumar is well-known for his performances in Bollywood blockbusters like Saathiya, Main Hoon Na, Namastey London amongst others and has made a name for himself with stints on television too. The actor will next be seen in upcoming ZEE5 Original Operation Parindey. Directed by Sanjay Gadhvi (maker of Dhoom and Dhoom 2), the film is a fictional account of one of the most controversial jailbreaks in the history of India. The edge-of-the-seat thriller features an impressive cast comprising Amit Sadh (SP Abhinav Mathur), Rahul Dev (Monty Singh), Ameet Gaurr (Kartar), Kunal Kumar (Shreeni), Aakash Dhaiya (Pabbi), Rucha Inamkar (SP Komal) amongst others.

In a recent interview, Kunal spoke at length about his role in Operation Parindey and the experience of shooting in Bhatina, Punjab.  Elaborating about his character, he told us exclusively, “The name of the character is Shrini, he is one of the Special Task Force members. It’s fast and pacy. There is a lot of intelligence involved. It was fun shooting with Amit Sadh, Amit Gaur. We had a call time of 5:30 am during the chilly winters in Bhatinda, Punjab so one can very well imagine how it’d be. It has been a memorable experience for me. ”

Further adding about his experience of shooting with Gadhvi and Amit, Kunal shared, “The biggest takeaway for me is reuniting with Amit Sadh after 20 long years. I am from Faridabad, he (Amit Sadh) is from Delhi. We had done a show together Ek Aur Fauji. So after that, this is the first time we have collaborated together. Despite staying in Mumbai, we couldn’t catch up in all these years. So as soon as the shot would get over, we’d start talking and enjoyed conversations with each other. Plus, the people of Bhatinda were so kind to us, they’d treat us to parathas, sarso ka saag, lassi, etc. Besides, working with the man behind Dhoom films, Sanjay Gadhvi Sir, it was quite an experience. There are directors who tell you what the scene is, then there are people like Gadhvi Sir who explain the subtext. So that is very enriching. He gives his actors the freedom to do a scene their way, what else can an artist ask for?”

Operation Parindey starts streaming on ZEE5 from 28 February 2020. Stay tuned for more updates about the movie.

Till then, watch the latest Originals and movies now streaming on ZEE5.

Who's Your Daddy Trailer: Harsh Beniwal And Rahul Dev's 'How I Met Your Mother' Quest!