In the next episode, Preeta asks Srishti to call up Karan for help, but he is sitting with Mahira and cuts Preeta's call. 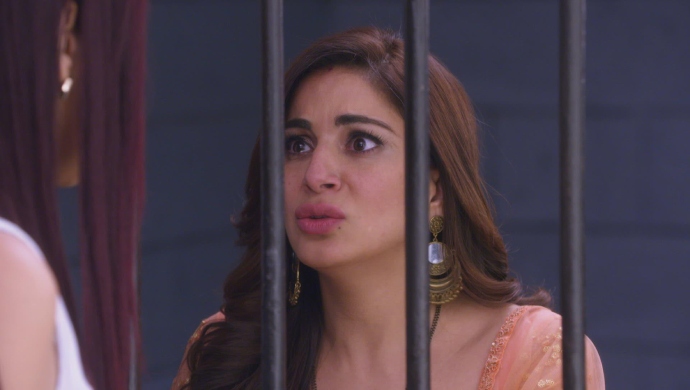 In tonight’s episode of Kundali Bhagya, Mahira tells Karan that Preeta is trying to kill her. She says Preeta wants to stay married to Karan and if they don’t remain married, Preeta still wants the alimony. Karan and Rakhi are still doubtful if Preeta would really try to kill anyone. Sarla goes to the police station and begs them to release Preeta. She is confident that Preeta is innocent and says the police don’t have any proof. Rakhi also feels the police should not have arrested Preeta without any proof. Karan thinks Preeta has messed up the situation just when it was all getting better. Sarla decides to go to the Luthras and ask them to take back their complaint against Preeta.

In the next episode, Preeta asks Srishti to call up Karan and tell him that she is innocent. She hopes Karan will understand that Srishti is saying the truth and come to get her out of jail. Karan is still at the hospital sitting by Mahira’s bedside. He sees Srishti calling him up multiple times and looks confused. Mahira says Srishti might be calling up Karan to get help for Preeta.