Think that the demons from Laal Ishq are fictional? Well, here are some tales from folklore to show you that they might actually exist in real life! 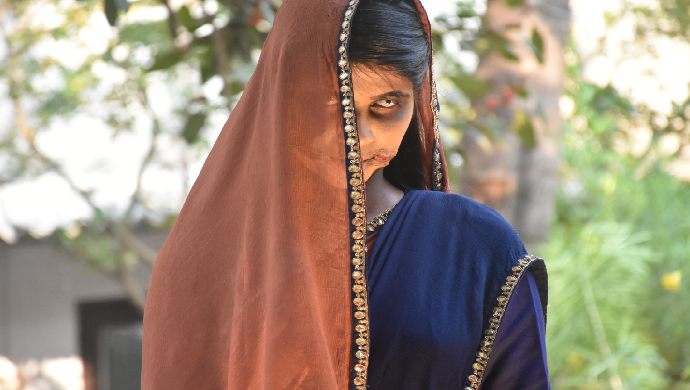 &TV’s long-running supernatural show Laal Ishq has made horrifying demons come to life. The show runs along the lines of demons coming to the human world to fulfill their desires. This show is loved by the audience for its unique concept and the thrilling storylines. The show’s eccentric stories won hearts in no time. This led us to believe that our viewers love supernatural fiction! And hence, we have compiled a list of demon tales from all over India.

But first, watch an episode of the show Laal Ishq here:

1. Hastar: The first tale comes from the second-largest state in the country, Maharashtra. The state known for its ‘#MaximumCity’ also has deep, dark secrets hidden in the villages. One such plot was explored by the film Tumbbad. The story of the fallen god Hastar is said to be true. Hastar is also said to kill those who get too greedy for his treasure. Do you believe such a thing can happen?

2. Muhnochwa: The state of Bihar is one of the best-known ones for the folklore and tales. The Muhnochwa, meaning ‘face-scratcher’, is a demon that injures people by scratching them with his long nails! In 2012, the terror of such a spirit spread across Bihar, causing widespread panic and many accidental deaths.

3. Nishi: In West Bengal, the Nishi (night-spirit) is said to hide in dark places and call out to a person in the voice of one of their loved ones. Those who follow the voice simply disappear, never been seen or heard from again. The only way to avoid being whisked away by a Nishi is to only follow a voice if it calls out your name three times, since the spirit cannot call out more than twice.

4. Nale Ba: This story from Karnataka revolves around the words ‘Nale Ba’, which mean ‘Come tomorrow’. This phrase is seen written on the walls of many rural houses, supposedly to keep out the evil spirit of a bride who lost her husband. The spirit is said to take the breadwinning male of the family, causing bad luck for the whole house. The film Stree, starring Rajkumar Rao and Shraddha Kapoor, is based on this legend.

5. Baak: From the northeastern state of Assam, the Baak is a demon who lives near ponds or lakes and likes fish. The people of Assam never carry fish at night without garlic or red chillies, as this is said to ward off the spirit. They also talk about plans to go fishing in low voices, lest the spirit hear them. It is believed that if the Baak hears you, he will take the form of a friend and accompany you on the trip, steal all of your fish, and bury you in the earth!

6. Mohini: Another witch from the states of South India, Mohini is a beautiful damsel who attracts men and then shows them her real face of a witch before killing them.

Did you find these tales of demons interesting? Then check out the episodes of Laal Ishq to for more such stories based on real legends! Watch ZEE5 Originals, Movies and Shows streaming on ZEE5!

Kritika Kamra Wants To Kill Her Ex-Boyfriend Karan Kundra, Find Out Why