Get to know these actors who played perfect co-stars to lead actor Saqib Saleem. 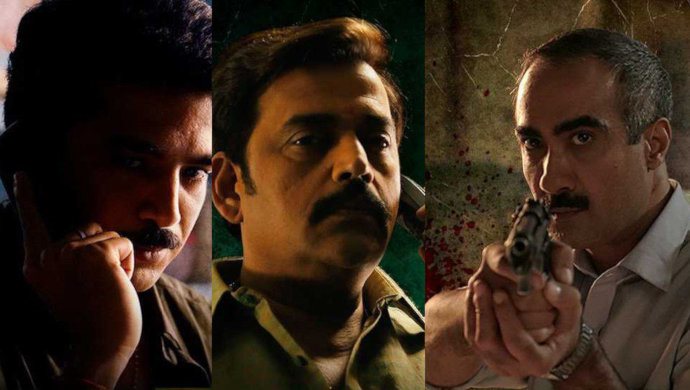 Starring Tigmanshu Dhulia, Aahana Kumra, Ranvir Shorey, and Ravi Kisen, Rangbaaz makes for a thrilling watch, thanks to the power-packed performances by these actors.

Hop on to the thrilling journey of Rangbaaz by watching the episodes here.

But how well do you know them? Check out these lesser known facts about the actors.

The actor is convincing and effortless as Ram Shankar Tiwari, a politician in Gorakhpur and the leader of a Brahman group.

Those who got introduced to Tigmanshu through Rangbaaz may be unware that along with acting, he is equally gifted in direction, screenwriting, producing and dialogue writing.

The dialogues for 1998’s Dil Se were helmed by him. Tigmanshu is also known for having directed critically acclaimed films Paan Singh Tomar (that won a national award for best feature film), and Saheb Biwi Aur Gangster.

The actor hails from Allahabad and is a graduate from National School of Drama, New Delhi. He was put on the map through his 1999 series Star Bestsellers.

Aahana as Shiv’s love interest Babita, is the appropriate combination of romantic and dramatic. The actress made a lasting impression as Leela in Lipstick Under My Burkha. She started her career with television series starring Amitabh Bachchan and was recently seen portraying the role of Priyanka Gandhi in The Accidental Prime Minister.

Aahana was born and brought up in Lucknow. She is a fitness enthusiast and an animal lover, as suggested by her Instagram posts.

Ravi reminds us why he is a renowned Bhojpuri star, with his stellar act as Chandrabhan in Rangbaaz. The actor hails from Mumbai and is also involved in politics. He joined the Indian National Congress and contested in the 2014 general elections.

He then switched and joined the Bhartiya Janata Party in 2017.  Aside from Bhojpuri and Hindi films, Ravi has also explored Telugu and Kannada cinema. The actor made a mark in television with reality shows Bigg Boss and Jhalak Dikhhla Jaa.

Thank you Rangbaaz, for bringing Ranvir back in our lives! The actor as police officer Siddharth Pandey makes us realise how much we have missed him. We all are aware of his brilliant performances in films like Khosla Ka Ghosla and Honeymoon Travels Pvt. Ltd.

The actor was born in Jalandhar, Punjab and is son of KD Shorey. He was married to Konkana Sen Sharma till the couple called it quits in 2015. However, they remain good friends and have joint custody of their son Haroon.

Interestingly, Ranvir was initially named Ranbir after the late actor Raj Kapoor (also called as Ranbir Raj Kapoor). But his name changed after his school misspelt it as ‘Ranvir.’

Which of these actors is your favorite? Tell us in the comments section!

In The Mood For Some More Thrill? Don't Miss Parchayee, A Zee5 Original Series Based On Ghost Stories By Ruskin Bond!

Meet The Star Cast Of Shaadi Ke Siyape: The New Aliens In Town

5 Pictures Of Saumya Tandon's Cute Baby Boy That Will Make You Go Aww!