The discoverer of America made history by voyaging across the Atlantic Ocean four times. Watch the story of his last voyage only on ZEE5 KIDS! 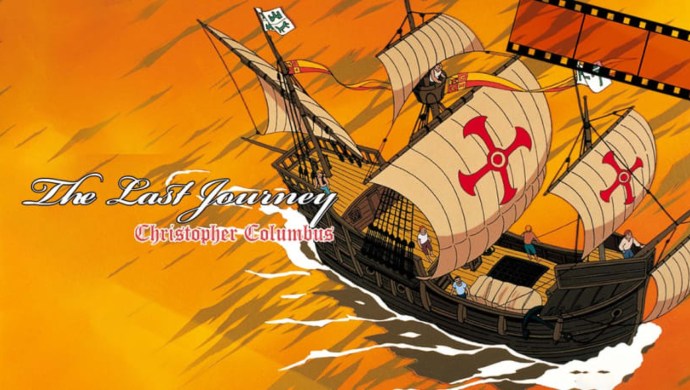 With a large number of animated educational and informative movies, ZEE5 KIDS makes India’s largest OTT platform the ultimate entertainment destination for your children as well! Your entire family can enjoy and spend quality time with each other during the Coronavirus #Lockdown period. Adding to your non-stop BachFUN, we are taking you on Christopher Columbus: The Last Journey, embarking with you on his ship that voyaged across the Atlantic ocean, discovered America, and became immortal in history!

The legendary Christopher Columbus travels back to Spain after his first great expedition to be awarded by the royal family. At that time, his wife, Filipa Moniz Perestrelo had died of a prolonged illness, leaving him to take care of his young and only son Diego. Owing to his hunger to explore more, Columbus leaves for new adventures in search of lands and resources across the world. He founded what is now often referred to as the New World!

Inspired by his works, it was one of the names used for the majority of Earth’s Western Hemisphere, specifically the Americas. The term originated in the early 16th century after Columbus, along with other Europeans, made landfall in what would later be called the Americas in the Age of Discovery, expanding the horizon of classical geographers, who had thought of the world as consisting of Africa, Europe and Asia only, now referred to collectively as the Old World.

This movie focuses on Columbus’ last voyage to the ends of the earth. The crusade was his final chance to prove himself and thus become the first man ever to circumnavigate the world! Undoubtedly, the goal was full of struggles. He went to find a westward passage through Central America and reach the Maluku Islands, also known as the Spice Islands. His project turned into one of history’s most epic and unforgotten adventures. Columbus later claimed that his fourth voyage was his greatest by far.

It was, without question, his riskiest and most challenging venture. Out of the four ships, he led into the unknown, none returned. Columbus had faced the worst storms a European explorer had ever encountered! He battled to survive amid mutiny, war, and a shipwreck that left him stranded on the desert isle of Jamaica for almost a year. On his tail were his enemies sent from Europe to track him down. The account of this final voyage brings Columbus to life as never before adventurer, businessman, father, and hero!

To witness the unfolding of history and legacy, watch the full animated movie Christopher Columbus: The Last Journey, streaming on ZEE5 KIDS now!

Watch 'Robin Hood', the tale of the renowned folk hero on ZEE5 KIDS!