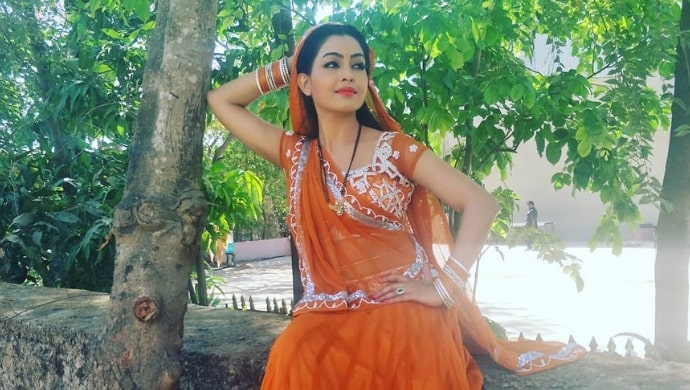 Angoori Bhabhi needs no introduction. She is the queen of comedy. The end. She is one of the most loved characters of And TV show Bhabi Ji Ghar Par Hain. Actress Shubhangi Atre Poorey breathes life and blood into the charming housewife Angoori, with such sass and much wow. An immensely respected name in the industry, Shubhangi boasts of quite many power-packed and critical performances on her resume. While the list of her unforgettable deliveries is never-ending, her portrayal of the desi Angoori Bhabhi tops the list, hands down.

Not only has Shubhangi escalated her character to the pinnacle of glory and made Angoori a household name; she has also contributed to the show fetching handsome TRPs week after week. Be it Angoori Bhabhi’s ‘Sahi Pakade Hain’ gimmicks or her fondness for all things dumb – the sweet and shy character is the most loved one on TV. From the very moment she enters the frame until she exits, viewers are compelled to laugh their stomachs out for her stint is bound to leave anyone in splits!

Do yourself a favour and fall in love with Angoori, again.

Oh boy, do whatever you want to, but Angoori Bhabhi’s swag remains unmatched and unrestricted to just your screens! Watch out, she might just have left a dent in your heart. *wink wink*

Set against the Modern Colony of Kanpur, Uttar Pradesh, the sitcom also revolves around the Mishras and the Tiwaris. Angoori’s husband Manmohan Tiwari (Rohitash Gaud) is attracted to his neighbor Vibhuti Narayan Misha’s (Aashif Sheikh) wife Anita (Saumya Tandon) while Vibhuti is allured by Angoori. In attempts to woo Angoori and Anita, Vibhuti and Manmohan’s acts ensue a riot of laughter!

Did you know Shubhangi aka Angoori Bhabhi is a trained kathak dancer? Catch glimpses of Shubhangi’s flawless dancing skills only on ZEE5.

Why Phobia Is A Feminist Film That Everyone Needs To Watch