Portraying a rape survivor Hiya in the ZEE5 Original crime series, Madhumita Sarcar shared with us about her views on the issue. Read the interview! 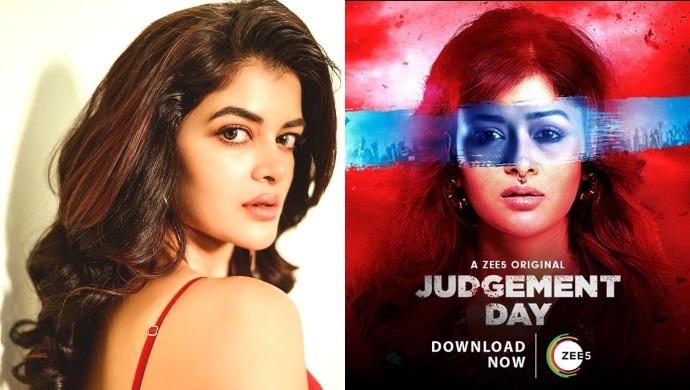 The ZEE5 Original crime series Judgement Day revolves around a free-spirited and open-minded adventurous girl Hiya Mitra. That girl is essayed remarkably by the Bengali television actress Madhumita Sarcar. Hiya is a born rockstar! She is the lead singer and only female member of her music band Parthenium. But, her life changes drastically for the worse when she gets raped on the first day of coming from Jalpaiguri to Kolkata, where her sister Diya Mitra, portrayed by Sohini Sarkar, studies law! She becomes prey to her family’s conservative mindset of ‘blaming the victim’. Though the brutal incident shakes her to the core, she still has the courage and zest for life! In an exclusive interview, Madhumita shared with us how she stepped into Hiya’s shoes:

1. Hiya is a layered person and a rape survivor. How did you prepare to get into the skin of the character?

I had Ayan Chakraborti (director) to guide me throughout. He briefed me about how rape victims are looked down upon in the Indian subcontinent. Also, to enact the trauma and seizures, I watched Banita Sandhu in the film October. She is a wonderful actress!

2. What kind of mental zone did you enter into, to feel like a rape victim?

I entered into a negative zone and my co-actors helped me by cussing at me, kicking me and chocking my throat. Somehow, all of that harshness made me behave accordingly!

3. The sisterhood between Hiya and Diya is very strong. How was it co-acting with Sohini Sarkar?

I’d never worked with Sohini before, but I’ve seen all her work! She was very amiable on set and I learnt from her while reading lines with her. She is a very focused and serious actor, who helped me whenever I was confused. That sisterly feeling was always there!

4. Judgement Day talks about the most sensitive issue of rape in India. What are your thoughts?

While shooting, I was on the streets with bruises and blood all over me. The people around didn’t see the camera and came to ask questions and show concern. But in reality, they are the ones who put curfews on women and restrict them to live freely. The problem of rape culture in India is due to lack of sex education and social awareness! People are not aware of what is consent!

5. What is your opinion on the laws for rape and its judiciary for punishment?

After a rape, proving the entire scenario to the court becomes pathetic for the victim. It is traumatic to go through the process all over again. And the punishment or justice is secondary; firstly the change should come from within individuals. Even if the rapists are hanged or jailed, the life and mental health of the girl is ruined already!

Notion of the Motion #workonfire🔥

6. What was your first reaction after reading the script and knowing your character?

I was very sceptical of portraying Hiya because I come from a TV background of an ideal bahu and beti. I thought people will look at me negatively. But, Devika from ZEE5 convinced me, I said yes and there was no turning back. Although, the role was difficult and challenging!

7. How are the initial reactions you are receiving on Judgement Day?

You know, my Bengali film had released on Valentine’s day and I had gone for its screening. But there, people were congratulating me for Judgement Day and saying that they loved me in it! I felt overwhelmed!

8. How was your experience of working with Arpan Ghoshal (Mac) and Abhishek Singh (ACP Javed)?

I didn’t have many scenes with Abhishek da, but he was a gentleman on set. And Arpan is a very skilled actor. Contrary to his character, he is very shy in real life and was constantly saying sorry when he was cussing at me in his dialogues and hurting me physically! He is a nice and smart guy!

Don’t celebrate women just for one day! Spend it like a normal day and treat women as humans that’s it. We don’t want men to make us feel special for a day and then rape us if they find us alone somewhere! The respect for women should come from within, every day.

Watch Madhumita Sarcar and Sohini Sarkar both, in the ZEE5 Original crime series Judgement Day. Let us know in the comments about your thoughts!