Main Abdul Qadir Hoon Review: An Emotional Story About His Journey From Boyhood To Manhood 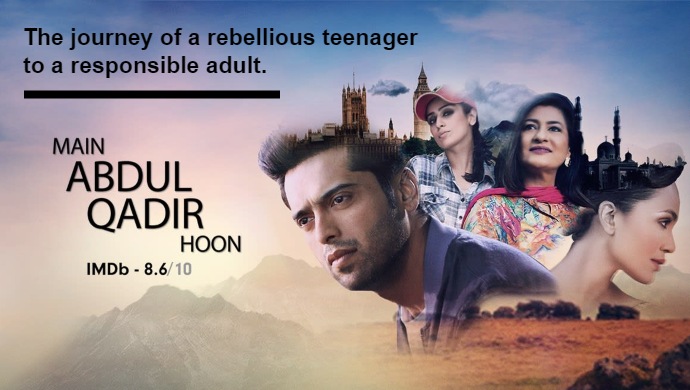 Main Abdul Qadir Hoon is part of the ZEE5 #SummerOf Emotions line-up. This features unique romantic and family dramas like Aunn Zara and Shehr e Zaat which will tug at your emotions. Main Abdul Qadir Hoon tells the story of a mentally challenged teenager who goes through a rebellious teenage phase, falls in love and then grows up to find his true calling and true love. Fahad Mustafa stars in this series as Abdul Qadir along with Alishba Yousuf and Aamina Shiekh.

Abdul Qadir (Fahad Mustafa) returns home from hostel for his vacations. During his vacations he meets his neighbour’s niece Zareen (Alishba Yousuf) and falls in love with her. However Zareen doesn’t love Abdul Qadir because he is not her type. Abdul leaves his hometown and goes to England to study. There he falls in love with a girl named Nell (Aamina Shiekh) who changes his perspective on life and helps him grow as an adult. However, Nell is diagnosed with AIDS and dies soon. Abdul returns home and decides to be a religious priest. However, Abdul Qadir’s mother decides to help him find love once again with Zareen.

Abdul Qadir is an introvert and developmentally delayed teenager when we first see him entering his house. His mother is possessive and controls every aspect of her son’s life. He is bullied by his friends for being a mumma’s boy and she asks him to get new friends. After going through different experiences in life, he comes out of his mother’s shadow to become a sensible adult who make his own decisions.

This show features strong female characters including Abdul Qadir’s mother and his love interests. Meera is a strict mother who wants to make sure everything goes right in her son’s life. She is a successful fashion designer, while her husband is an important politician. She wants Abdul Qadir to keep up their family status. Zareen is a rebellious teenager who gets a bad name in society for hanging out with boys. She wants to live life on her own terms, but then is left to face the consequences of her bad decisions too. Nell is the girl who turns Abdul Qadir’s life around. She challenges his beliefs and turns him into a responsible adult.

This series shows the life of the upper-class and rich people, who can afford to run away from failed love by moving to London. The class divide is even addressed on the show multiple times. Watch the series for an emotional journey of Abdul Qadir’s life with memorable characters along the way.

Diyar-e-Dil: Meet The Family Members Of Agha Khan Who Make This Show So Endearing