After Madhav and Vaidehi's wedding, Chitra (his first wife) suddenly became possessive of him. Chitra, who was once a good soul, has now turned evil. 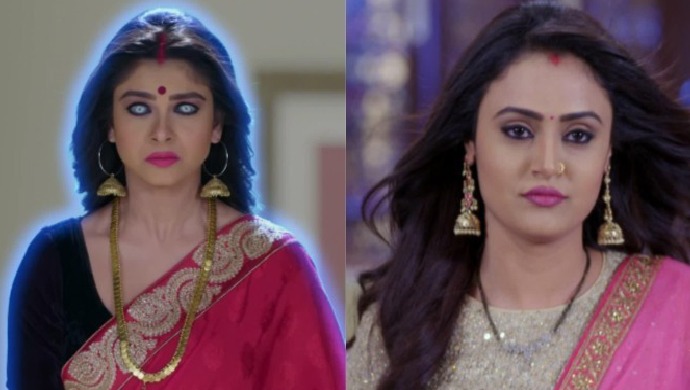 A love triangle is a popular concept in the entertainment industry. One such TV show is Main Bhi Ardhangini, based on the story of Madhav who lost his wife in a tragic accident and has found love in his childhood friend Vaidehi. Fans of this show might be aware that it also has a supernatural twist as Madhav’s first wife Chitra has returned as a spirit in his life. She was the one who was willing to get Vaidehi and Madhav married so that he will be happy in his life.

When Madhav and Vaidehi were about to get married, Chitra got insecure and thought that if they get married then Madhav will forget her. This thought turns the ‘good’ spirit of Chitra’s into an evil one, and she decides to get Vaidehi out from Madhav’s life. On the first day after their marriage, she enters Vaidehi’s body and asks Madhav to keep a distance. This surprises Madhav but he thinks that this might be because she is afraid of him.

As we recently saw on the show, Chitra gets into Vaidehi’s body and does something that will malign Vaidehi’s image in front of Madhav and other family members. In one episode, she blamed Vaidehi’s Dadi for stealing the gold jewellery from the house and asked them to get out of the house. Later when the real Vaidehi comes down, she gets surprised to see them leaving. One of the family members tells her that she (Vaidehi) had only asked them to leave.

Vaidehi is ignorant about everything happening around her as she does not remember doing anything against the family. Madhav decides to take her for a honeymoon so that she will feel better. Even then, Chitra becomes Vaidehi and goes with him while the real Vaidehi is lying unconscious at home. When she wakes up she comes to know that Madhav has left already and she goes to the resort where they had booked the rooms. After reaching there, she sees her doppelganger with Madhav. Seeing her, Vaidehi gets shocked.

Will Madhav ever come to know about Vaidehi’s reality? How will he react to it?

Do you love watching horror shows? Watch Laal Ishq a TV shows which is based on love stories turned into horror.

From A Village Simpleton To A Smart Business Man, Take A Look At Akhilesh's Transformation