The look has a modern touch to represent the evil Kans with a contemporary twist. 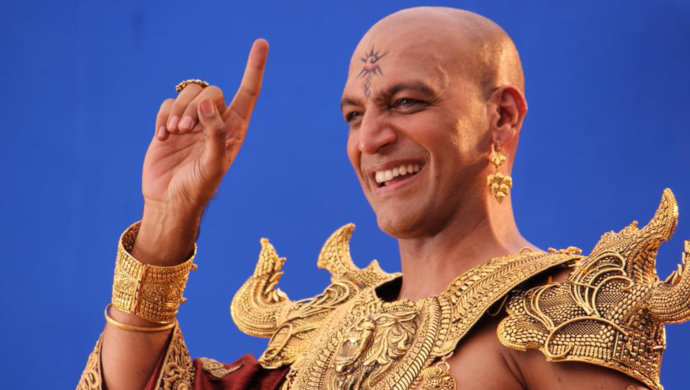 Before the airing of popular mythological show Paramavatar Shri Krishna on And TV, the look of the tyrant ruler Kans in the other serials we have seen so far, has been shown sporting a moustache and a thick mane of hair. But, actor Manish Wadhwa’s look in Paramavatar Shri Krishna is completely different than what we have earlier witnessed on the small screen. This reminds us of the introductory scene of Kans from the show:

Considered to be as one of the most epic villains from the Hindu mythology, not many would know that the creative team designed the actor’s look of Kans by taking inspiration from one of the most iconic film characters in Hollywood.

No points for guessing, it is none other than the character of King Xerxes from epic war film 300 (2006). It was played by actor Rodrigo Santoro; whose portrayal is still popular and remembered.

Talking about giving Kans’s character a new look, Manish had said in one of his earlier interviews, “The makers wanted a new look for the new generation. The makers have tried to give a new look. The story is the same and itcannot be changed, so it’s just the appearance that can be changed.” Ever since Kans’ entry in the show, it has left a lasting impression in audience minds. And his bald look really makes him look more evil and dynamic.

We actually like this 300-inspired look, what about you?

Catch the latest movies like Simmba, Uri: The Surgical Strike on ZEE5.

Farnaz Shetty Had A Childhood Crush On This Bollywood Actor. Guess Who?

What Makes Rangbaaz’s Shiv Prakash Shukla Relatable Despite Him Being A Brutal Murderer?