Karisma Kapoor is all set to make her debut after 9 years with ZEE5 Original series Mentalhood. The show will release on 11 March 2020. 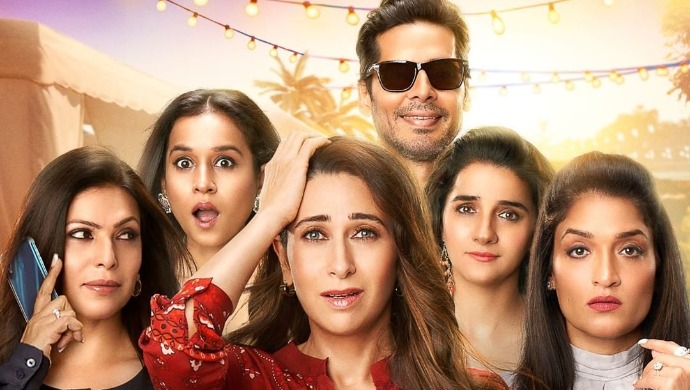 The teaser of Bollywood actress Karisma Kapoor‘s upcoming web show Mentalhood has been released on ZEE5 Instagram page. The video showcases the real hardships of a mother in handling her kids. Talking about the teaser, Karisma who is playing the character of Meira Sharma wakes up to the alarm saying, ‘Everyday is a madness in a mom’s life and she tries to do everything right in that madness.’ Right from running around the house to performing household chores, to multi-tasking, she is seen managing her kids perfectly. Actor Sanjay Suri is seen playing her on-screen husband in the show.
Watch the teaser here:

While on the other side Dino Morea is playing the character of a stay at home dad who introduces himself as one of the mommies and takes care of his two kids. Actress Sandhya Mridul is playing the character of a perfect mother who wants to make her kids perfect in everything. In the video, she is seen scolding her kids for scoring only 98% in exams. While Shruti Seth is a nature lover and wants her kids to be close to nature. Actress Tillotama Shome is an aggressive mom who threatens her two naughty kids that if they do not switch off the TV then she will break it. Actress Shilpa Shukla is a working mom and believes in striking a perfect balance between a working mom and a perfect mother. The video ends with Karisma’s voiceover wherein she says, ‘If we do it, we turn mental, if we don’t, we feel guilty.’ This one line perfectly sums up the difficulties a mother has to face in her life while taking care of her child.

Karisma shared the teaser on her Instagram page and captioned it as, “Parenting nahi rahegi same, when these #supermoms bring on their A-Game. Be a part of these mother’s journey from motherhood to #Mentalhood, streaming on 11th March 2020″. The series is directed by Karishma Kohli and written by Ritu Bhatia. It features Karisma, Dino Morea, Shilpa Shukla, Shruti Seth, Sandhya Mridul and Tillotama Shome in pivotal roles. Mentalhood is all set to release on ZEE5 on 11 March 2020.

EXCLUSIVE! Abhishek Singh On Judgement Day: No Reasoning Can Ever Justify Rape, Period!

ZEE5 Presents The Second Season Of Another Successful Franchise, Abhay Is Back On The Case