Mentalhood’s Karisma Kapoor Has Holi Plans With The Whole Kapoor Khandaan! Check It Out!

Actor Karisma Kapoor, who will appear in ZEE5’s Original Series Mentalhood, shares her Holi plans with the Kapoor clan in an exclusive interview! 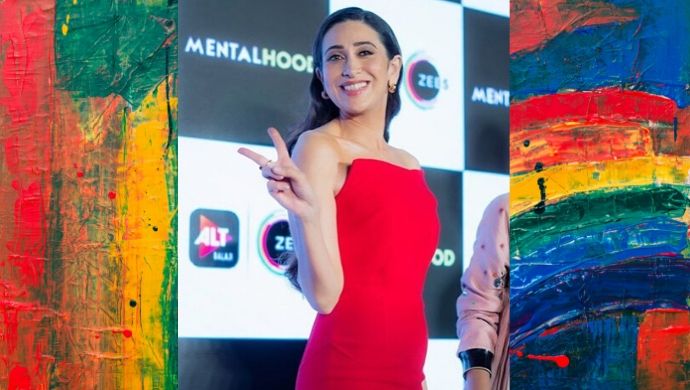 The Kapoor khandaan’s Holi celebrations are a phenomenon that everybody knows about! The family always gets together and goes all out with their celebrations to ring in the festival of colours. All the madness that you might find in Holi capitals like Pushkar or Varanasi, you shall find at the Kapoor residence! As we got in touch with Mentalhood actor Karisma Kapoor, she too expressed some of her fond Holi memories with the Kapoor khandaan.

In conversation with Zee TV, Karisma said, “They’re beautiful memories, cherished memories. Make beautiful memories with your family. This Holi is more special because tomorrow Mentalhood is releasing.” The actor also urged her fans and viewers to have a happy and safe Holi. While the Kapoor family hasn’t divulged any details of what’s to come this Holi but we can’t wait for the pictures to surface on social media! It is evident that Karisma’s girl squad will be present for the festivities along with the family.

Karisma Kapoor is all set to make her OTT debut with ZEE5’s upcoming original series, Mentalhood. For the uninitiated, Mentalhood revolves around the lives of diverse mums and how they tackle the various challenges of motherhood while raising their kids. Karisma will be seen playing the role of Meira with an ‘i’, a mother of three in the series. It also stars Sandhya Mridul, Tilothoma Shaw, Shruti Seth, Shilpa Shukla, Dino Morea, and Sanjay Suri in pivotal roles. The first episode is set to be released on ZEE5 on March 11. Stay tuned!

Meet The #SahasKiVijay Cast Of State Of Seige: 26/11 Including Arjun Bijlani, Arjan Bajwa

Santoshi Maa 9 March 2020 Written Update: Indresh Is Back In Singhasan's House For Swati