In conversation with ZEE5, Karisma, who makes her OTT debut with Mentalhood, spoke about her Main Mera Dekh Lungi story. Read her exclusive interview. 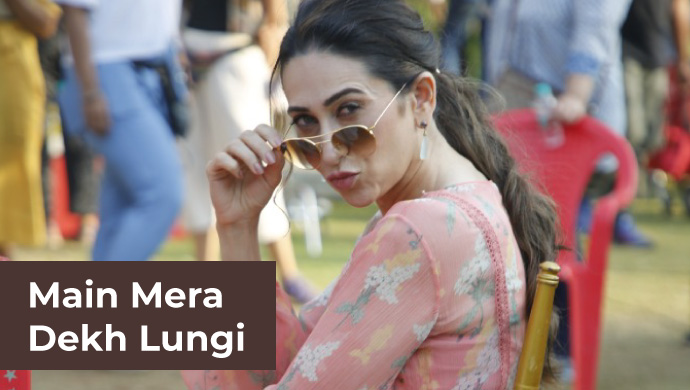 Despite coming from a family of actors and industry stalwarts, Karisma Kapoor also had her own ordeals in the film industry! The actor, who is known to be one of the biggest heroines of the 90’s, may have born with a silver spoon, but she faced industry struggles nevertheless. Back then, it was slightly taboo to let women in the family enter the film industry. In fact, many actresses who got married into the Kapoor family bid farewell to their careers. However, Karisma broke these barriers and paved her own way to stardom.

With her impeccable expressions and brilliant performances, not to mention her out-of-the-world enthusiasm. When it came to dancing, Karisma won hearts. She also gave birth to a KK fandom with loyal fans and followers. As we got in touch with the actor, who will soon be seen in ZEE5’s upcoming original, Mentalhood, Karisma spoke about how challenging it was to make it big in Bollywood. Of course, her Main Mera Dekh Lungi moment came from her initial days when she had to prove her worth as an actor.

Reminiscing about old times, the diva told us, “Well, I’d say right from the beginning of my career, even though I came from an influential family, it was much more difficult. I had to prove myself and make a mark in the industry. And I think women are the strongest, and women today are capable of doing anything and everything. Even before, even now, although it is more evident now because we have platforms like social media where we have a bigger and wider reach. Women are unstoppable.”

She got that right, women truly are unstoppable. The actor will soon be seen playing Meira with an ‘i’, a mother of three, in Mentalhood. The series also stars Sandhya Mridul, Tilothoma Shaw, Shruti Seth, Shilpa Shukla, Dino Morea, and Sanjay Suri in pivotal roles. The first episode is set to release on ZEE5 on March 11. Stay tuned!

Kamna Pathak, Himani Shivpuri On Standing Up For Themselves, Living By #MainMeraDekhLungi