Meri Hanikarak Biwi: Dr Ira To Kill The Home Minister To Save Her Family?

The goons threaten Ira that she has to intentionally kill the minister during the surgery or else they will kill her family. 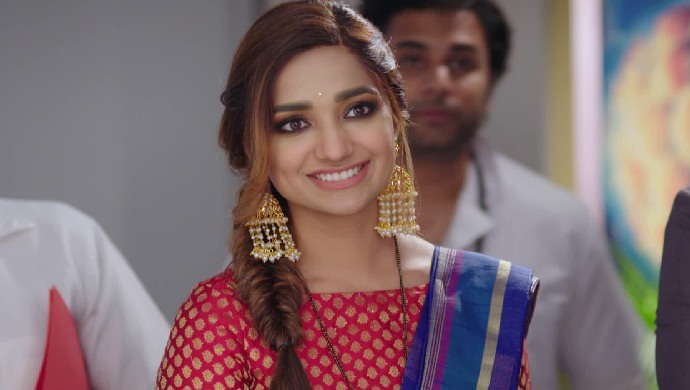 In the recent episode of the hit show Meri Hanikarak Biwi, Akhilesh saves Mishri from the evil robot Mirchi. The scientist who invented Mirchi comes there and deactivates her before she could harm anyone else. The person who turned Mirchi evil remains a mystery because of Devina. Mishri requests the scientist to activate Mirchi by assuring him that she won’t harm anyone. Despite being a robot, Mirchi realizes her mistake and decides to turn on the self-destruction mode.
After this incident, Akhilesh decides to open a special children’s ward in the memory of Mirchi. Everything is back to normal and Mishri is now with her parents, Akhilesh and Ira. The Pandey family is used to facing problems one after the other. We are saying this after watching the preview. If you haven’t watched it yet then take a look below:


The next day, all the family members come to the hospital for the inauguration of the special children’s ward. The same day, Ira has to do surgery of the home minister of the state. Before the surgery takes place, few men enter the hospital and hit Akhilesh and lock him up inside a room. Later, they come to the special ward and meet Ira. They threaten her that she has to intentionally kill the minister or else they will kill her and her family.

Will Ira kill the home minister to save her family? Let us know what you think in the comments with the hashtag #MeriHanikarakBiwi.

Watch all the episodes of Meri Hanikarak Biwi here.

Watch Ishaan Khatter’s debut movie Beyond The Clouds inspired by the Iranian film, ‘Children of Heaven’

Take A Look At Ssudeep Sahir's Awesome Collection Of Perfumes!