After Ira's (Jiyaa Shankar) death, Akhilesh is back in his simpleton avatar. He meets a lady and gives her money to take care of Mishri. 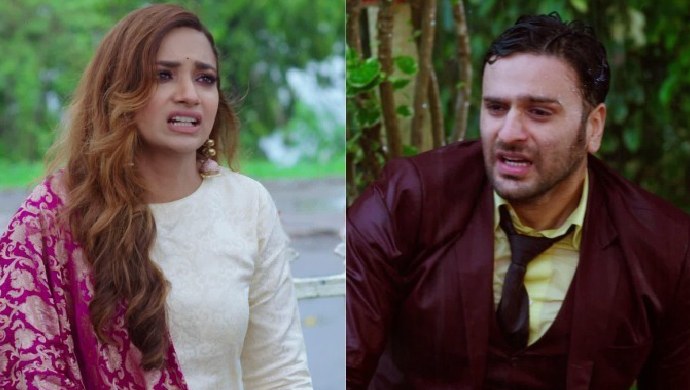 Meri Hanikarak Biwi is a tale of a village simpleton Akhilesh falling in love with a modern girl Ira who is a doctor by profession. The story was initially based on the concept of vasectomy but later the show makers realised that it can be stretched only to a certain extent. But this did not stop them from continuing the show as they came up with a major twist in the story by ending the part of vasectomy and introducing Akhilesh and Ira’s daughter Mishri with a leap of 5 years.

If you remember, the last leap took place when Ira met with an accident and miraculously survived. Akhilesh thought that Ira was dead and this incident changed his personality completely and he became emotionless. It was after Ira and Mishri’s entry in his life when he became normal. In the previous episode, we saw how Ira ran out of the auditorium to save her family and died in the explosion.

In the promo, we see Akhilesh back in his simpleton avatar. He comes to meet a lady and gives her money to take care of Mishri. When Mishri hears Akhilesh’s voice she comes to meet him but he avoids her. We feel that losing Ira again has affected Akhilesh badly and he has given up on his urban lifestyle. After this devastating incident, it will be interesting to see how it has affected other family members like Pushpa, Devina and Mishri as well.

On the other hand, the new actress who has entered the show is Suman Rana who became popular with the ZeeTV show Zindagi Ki Mehek. The actress will be seen playing the character of Tanya who takes care of Mishri. The question that remains here is, what is her relation with Akhilesh, has he married her? Well, all the answers to these question will be answered in tonight’s episode so don’t miss it.

Do you think Ira will come back? Let us know your thoughts in the comments with the hashtag #MeriHanikarakBiwi.