Mirchi has now turned evil and doesn't want Mishri to come back home. This twist on Meri Hanikarak Biwi will be a one-hour Maha-episode on 11 June. 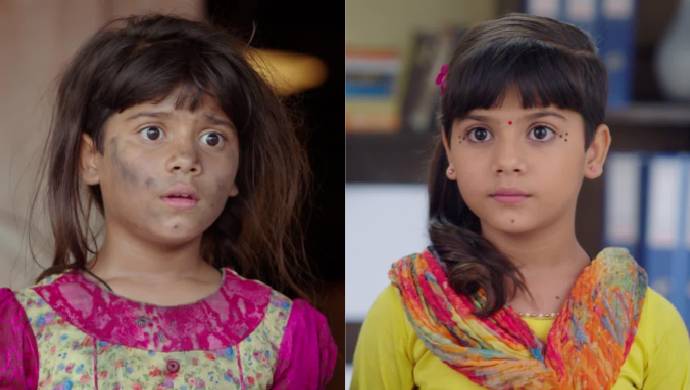 Recently on the popular And TV show Meri Hanikarak Biwi, we saw how Mishri gets kidnapped from the hospital. The people who have kidnapped her take advantage of her memory loss and make her believe that she is a part of their family. They tell her that because her father is not keeping well, all of them have to beg on the streets for their living. Unaware of the reality she believes them and agrees to do so.

While making Mishri beg, the kidnappers make sure that she doesn’t get to know about the reality. There are times when Akhilesh and Ira pass by Mishri but fail to recognise each other due to some of the other reasons. One fine day, Mishri comes across a poster which has her picture on it and says missing. She decides to find out what is the real scenario by getting out of the house when all the kidnappers are asleep.

She follows the address of the poster and reaches the house. We finally thought that she will now be able to meet his real mother and father but unfortunately, there is a new problem that has come up and it is something that you never expected. Before talking further take a look at the promo of the show below:

Never in our wildest dreams could we ever imagine this scenario. The robotic Mishri, aka Mirchi, who was brought home to keep Mishri’s coma a secret has turned evil and doesn’t want the real Mishri to come home and meet her parents. This scenario reminds us of the popular Rajnikanth movie Robot. In the movie, Chiti, the robotic replica of Doctor Vasi, turns evil and starts developing feelings for the doctor’s fiancee. Coming back to the show, Mirchi has used her powers to freeze Ira, Pushpa and Akhilesh, seeing this how will Mishri be able to meet her parents.

This major twist will be a Maha-Episode of an hour on 11 June 2019. With the struggle of Mishri, it will be exciting to watch how Ira and Pushpa react when they see two Mishri’s at the same time. Also, how will Akhilesh explain the logic behind them?

Do you think Mishri will be able to get her real identity and family back or will she return to the kidnappers? Let us know your thoughts in the comments section below.

Stuck with a lot of work and need a break? Watch the hilarious episodes of Bhabi Ji Ghar Par Hain, exclusively on ZEE5.