Meri Hanikarak Biwi: Will Akhilesh Be Able To Diffuse The Bomb And Save Everyone?

Akhilesh disguises as a joker and fights against the terrorist to save Ira, but they tell him that they have set up a bomb in the hospital. 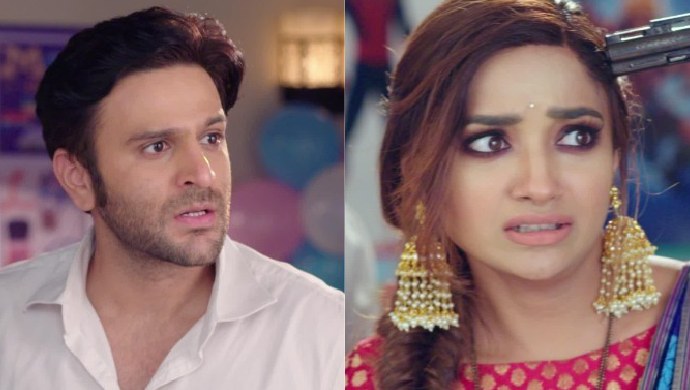 In the recent episode of Meri Hanikarak Biwi, we saw that Akhilesh comes with his family to inaugurate the special children’s ward that he built in the memory of Mirchi. On the other hand, Ira is about to do a minor surgery of the home minister of the state. Before the surgery could take place, a few men enter the hospital and threaten Ira to kill the minister or else they will kill her family. When Akhilesh gets to know about it, he tries to stop the terrorists but they hit him on his head and lock him up in a room.

Later, Akhilesh gets back to his senses and breaks the door to get out. He comes to the special ward where the family members have been kept. Akhilesh tricks one of the baddies with the help of Mishri and Vansh and frees Pushpa, Devina and other children. He then learns that they have taken Ira and told her to purposely kill the home minister during the surgery.

Watch the preview below:

In the promo of tonight’s episode, Ira requests them to not make her kill the home minister. When the leader of the terrorist sees Ira, he gets an idea to call his team member who exactly looks like her. Meanwhile, Akhilesh disguises himself as a joker so that the terrorist won’t be able to recognise him. In the next scene, Akhilesh and Ira get successful in saving Ira but there is a twist in the story. The terrorists tell them that they have set up a bomb in the hospital and it will blast in the next 5 minutes. Immediately, Akhilesh and Ira rush to find the bomb.

Will he be able to find the bomb and diffuse it? Share with us what you think in the comments with the hashtag #MeriHanikarakBiwi.

Daayan: 9 Times Veer And Janhvi Proved Why It Is Important To Have Best Friends In Life!